ABOUT THE GAME Sid Meier's Civilization Colonization is the third offering in the award winning Civilization™ series.

A re-imagining of the classic Colonization game Sid Meier created in 1994, Sid Meier’s Civilization IV: Colonization is a total conversion of the Civilization IV engine into a game experience in which players will lead a European nation on their quest to colonize and thrive in the New World.

Players will be challenged to guide their people from the oppressive motherland, discover a New World, negotiate, trade and fight as they acquire great power and battle for their freedom and independence. 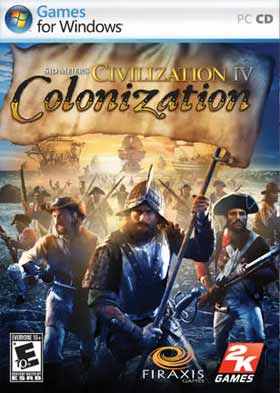