ABOUT THE GAME Ortus Arena is a two players game in which players battle over arena domination using specialised warriors, each master of their own element. The energy conquered can be spent on attacking in one’s own turn or defense in the opponents turn. The art of war means putting your available energy to its most effective use. Ortus is about a delicate balancing act between attacking and defending in which each of your 8 warriors is of crucial importance between victory or defeat.

Ortus Arena is the digital implementation of the physical, two-player board game Ortus©. It allows players with a knack for tactical gaming to challenge their friends (both local or online) or climb the ranks against others of the same skill level. A clever AI is present to be combated in the solo game mode. The average duration of one game is a half hour. 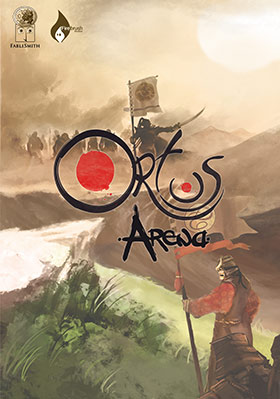