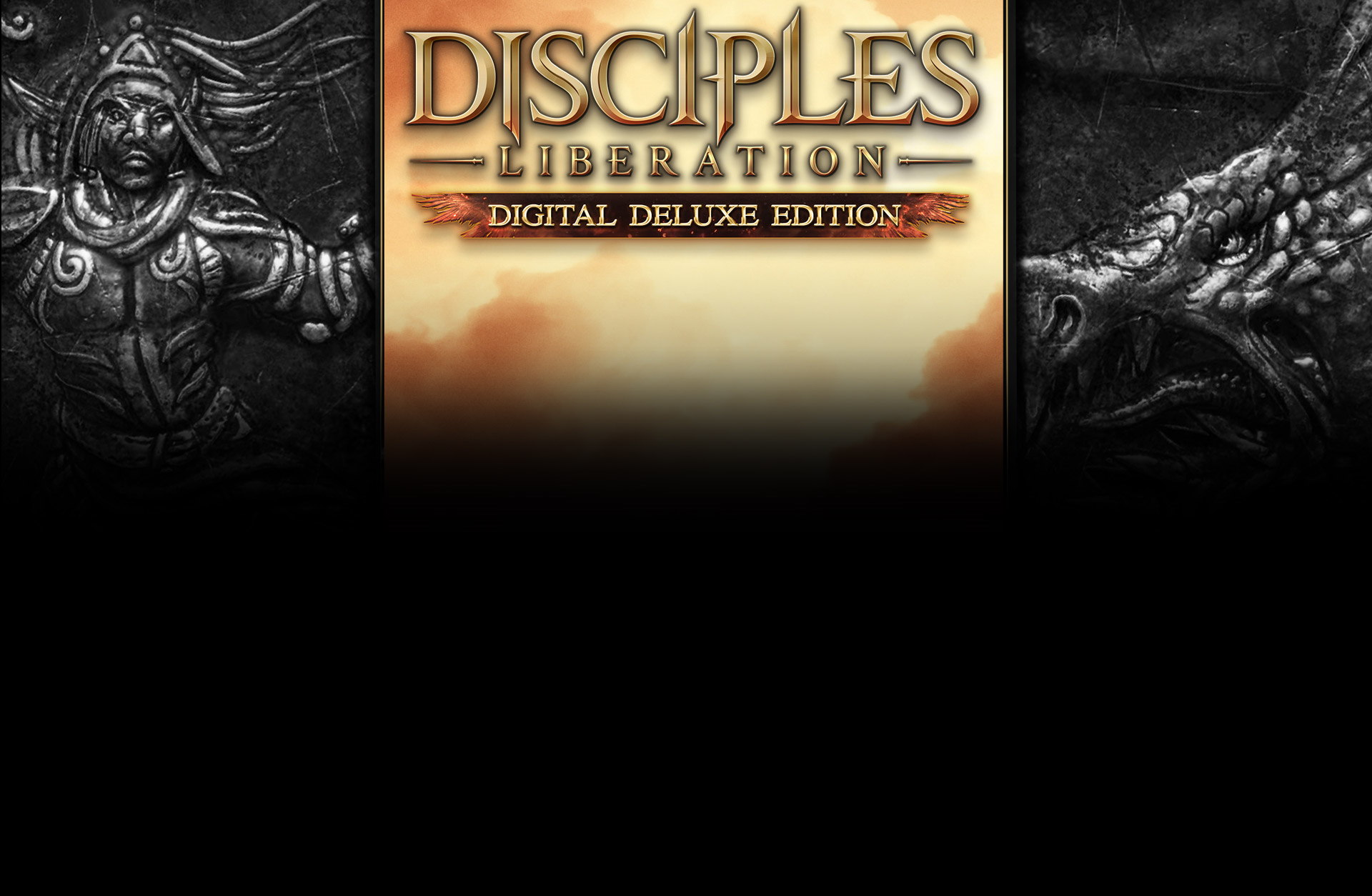 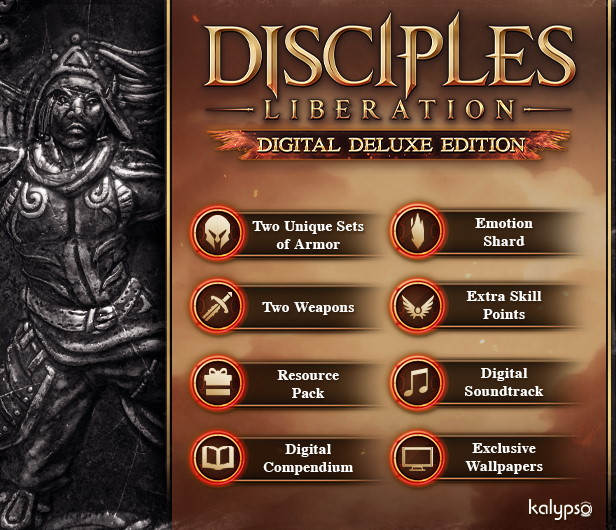 The Digital Deluxe Edition contains everything you need to take your journey even further. Within, you will find two unique sets of armor, two new weapons, an Emotion Shard for Avyanna, wallpapers, a digital compendium, the Soundtrack and two Packs:

Both Packs can be used once per new game session.

Disciples: Liberation is a mature, dark fantasy strategy RPG with turn-based combat. Liberate the land of Nevendaar and uncover the endless stories hidden within this richly detailed world where every decision has a consequence, and every wrong move could be deadly.

Explore a rich overworld and align with a variety of in-world factions: from a human empire tinged by religious extremism to the dark forces of the undead lead by a mad queen. Assemble a team to gather precious resources, sway political standing, and take on brutal beasts in intricate turn-based battles.

Choice is everything in Disciples: Liberation and it is up to you how you write your story. 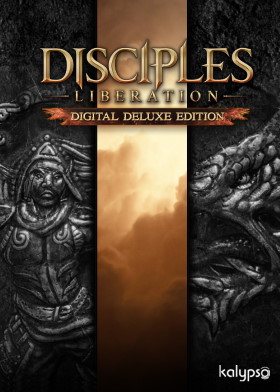