Battle Chasers: Nightwar is an RPG inspired by the classic console greats, featuring deep dungeon diving, turn-based combat presented in a classic JRPG format, and a rich story driven by exploration of the world.

The best-selling comic book Battle Chasers was first released in the late 90s and quickly generated a passionate cult following. 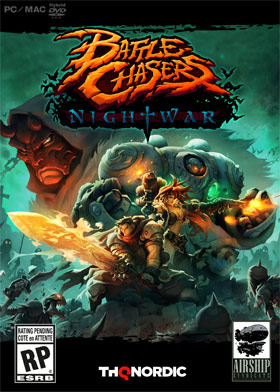