Previous Next
Prepare to do battle serving 5 playable nations and successfully accomplish the 50 missions available in Campaign mode, or play a single game scenario. Over 50 new units join the ranks of troops in this latest episode, where you can also control boats and trains.


Take advantage of a map editor and scenarios that are easy to control and choose between 3 game difficulty levels. You can also enjoy multiplayer games in Sudden Strike 2 that will guarantee endless gameplay fun!

An add-on pack to Sudden Strike II which includes 28 single missions and 2 multiplayer missions, and a highly detailed new map where most of the new missions are set. 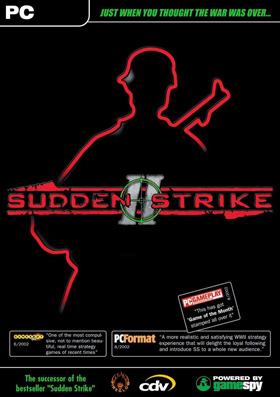