Previous Next
ABOUT THE GAME Get absorbed in the thrilling actions of World War 2!
More than a sequel, Sudden Strike The Last Stand brings great improvements with completely new damage models, balance of forces and fabulous winter battles.

Sudden Strike 3: Arms for Victory separates the wargaming RTS men from the boys through its realism, vastness, detail and manageability of combined-forces WW2 combat campaigns 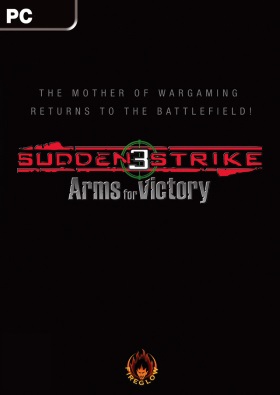