ABOUT THE GAME Join the world’s most powerful touring car series, the DTM Championship. Featuring all the real teams, drivers, and tracks from the 2013 season, DTM Experience offers unrivalled immersion and gameplay to its audience. Enjoy the 2013 DTM Championship, Single Player Races, Track Tests and Leaderboard Challenges. Experience the authentic power and sound of the 22 DTM cars on the 9 championship tracks.

Review your stats and manage videos and screenshots through your DTM profile. DTM Experience provides accessibility through 3 tailor made difficulty levels, and enhanced support for all types of controllers including keyboards, game pads, and steering wheels.

Responsible for the development of DTM Experience on behalf of DTM are SimBin Studios AB and RaceRoom Entertainment AG. “DTM” is a trademark, licensed by ITR e.V. 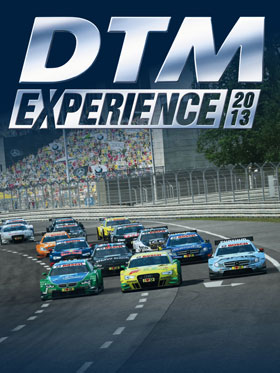