ABOUT THE GAME Versailles, 1700: the affair causing a stir throughout the Kingdom of France and all of Europe is the Spanish succession. Who will King Charles II name in his will as heir to his innumerable possessions? It is at this point that Charles-Louis de Farevolles turns up at the Court of Louis XIV, with neither influence at Court nor money.
He is, however, armed with the ambition to become a diplomat, in the hope of being sent specifically to Spain, where he yearns to be reunited with the maiden Elvira, his childhood sweetheart. Taking on the role of this character, you must enter the Court and acquire its customs.
You will need to choose your allies, unfurl plots involving spies and courtiers, and, in the words of the Minister for Foreign Affairs; be prepared to perform innumerable services!

Microïds is a trademark of Anuman Interactive. © 2011 ANUMAN Interactive 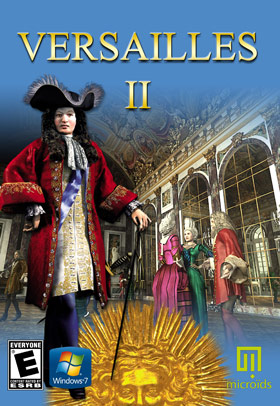