ABOUT THE GAME In Subject 13, you'll play Franklin Fargo, a quiet physics professor. Franklin has led a lonely and bitter existence ever since his fiancée Sophie died. She was killed in a holdup in which he was supposed to be the victim. One morning, he wakes up in the middle of an underground scientific facility that has been abandoned. His only link with the outside world is a voice that calls him ""Subject 13"". His goal: Escape from the place he's trapped in, and learn more about why he's been imprisoned.

Well done, Subject 13! Find out who is putting you to the test by continuing the adventure!

Subject 13 is the new adventure game developed by Paul Cuisset—the man behind "Flashback", "Future Wars: Adventures in Time" and "Moto Racer"—in partnership with Microïds. This is a true adventure game. It depicts a mysterious universe filled with secret hiding places and all kinds of mechanisms that the player discovers, analyzes, and activates. There are also objects to collect and to figure out how to use in the backdrops… Subject 13 will make you travel from a secret base that has been abandoned to a strange and mysterious island, and in other places, so you can discover the real story. There are many opportunities to manipulate items with your mouse on your Mac or PC. You'll have to muster all your insight and intelligence for this daunting challenge. 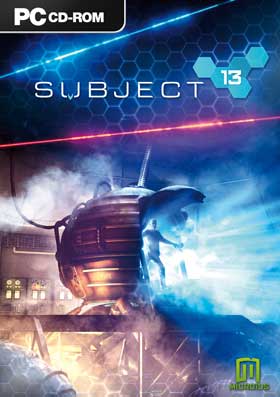