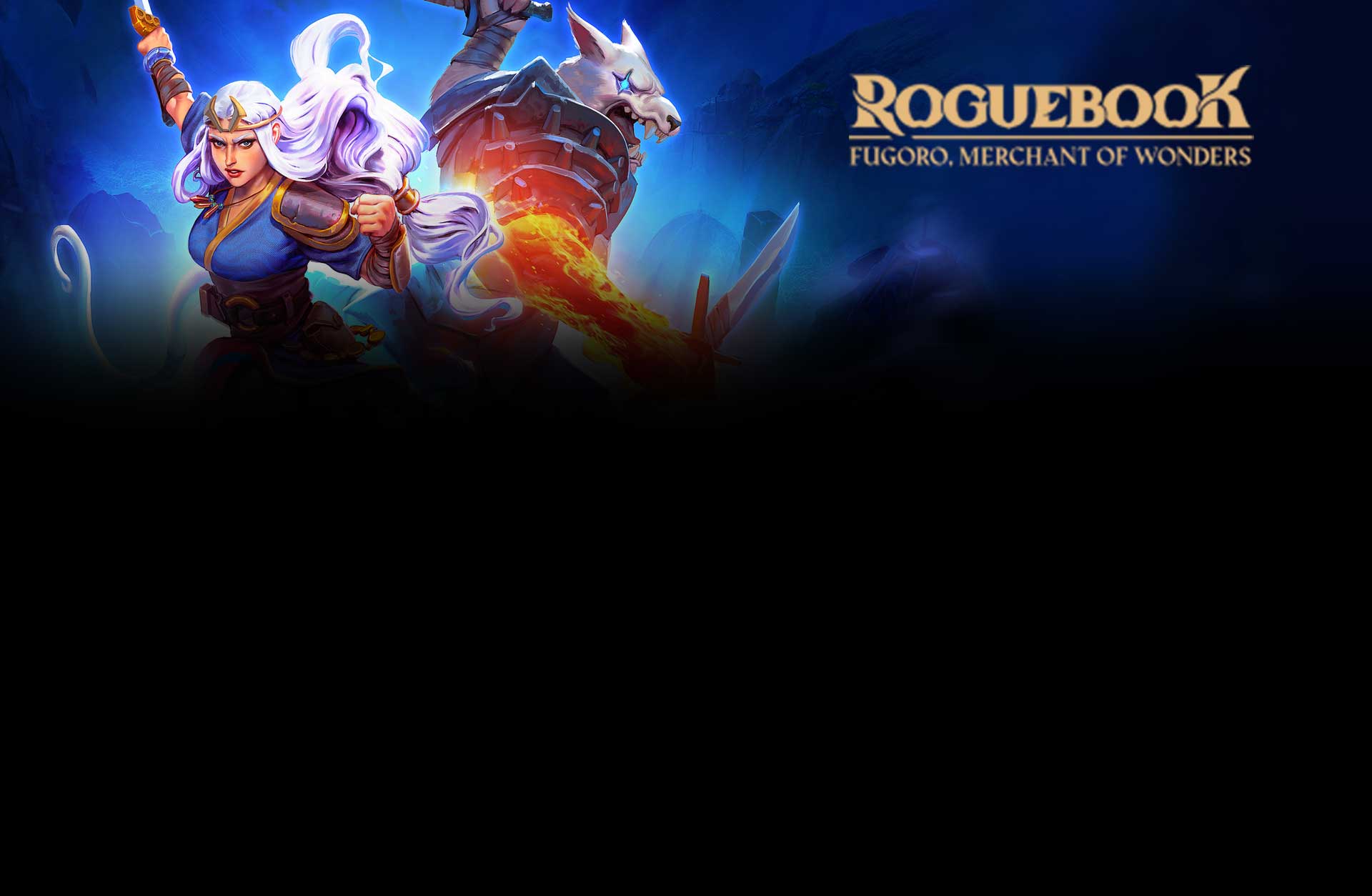 The ancients speak of a Book written since time immemorial containing all the world's legends.

NOTICE: Requires the base game Roguebook in order to play. Activation key must be used on a valid Steam account. Requires an internet connection.

Infamous for being an adventurer, collector, pirate captain and frog-thief, Fugoro is a mysterious triton and the one responsible for the catastrophe involving the Roguebook. He carries a large backpack bursting with treasures and magical coins, and is surprisingly agile with his staff, which he uses to leave marks on enemies. Combine Fugoro's cards with those of other heroes to build new decks and discover combos that will crush the Roguebook.

* A new playable hero, with a unique treasure, talents and embellishments to unlock
* Over 50 new cards that make the most of Fugoro's unique mechanics: magical coins, marks and agility
* Fully voiced and animated, Fugoro interacts throughout the adventure and reveals more about the lore of Roguebook

The unique treasure of Fugoro, Merchant of Wonders, is the Magic Staff: the first attack Fugoro performs each turn generates +5 power. 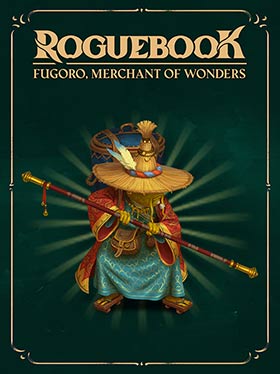