Pompei - The legend of Vesuvius

Previous Next
Our hero Adrian BLAKE, an explorer and world famous cartographer, returns from his latest expedition to discover that his wife, Sophia, has disappeared.
Wrought with grief Adrian immerses himself in his manuscripts and reveals an ancient curse from the goddess Ishtar. To save Sophia, Adrian must save the personification of his wife three times in three different areas.

The first of his adventures takes him to Pompei, on August 20th in the year A.D. The city at the foot of Vesuvius has only four days left to live!
Adrian must persuade Sophia to leave with him, far from the impending danger. To find her in a completely unknown city and win her over once again, he must become a true citizen of Pompei.
Though he is not alone. From the shadows Adrian is being spied upon by the wicked slave of Octavius Quartio, the owner of Sophia's house 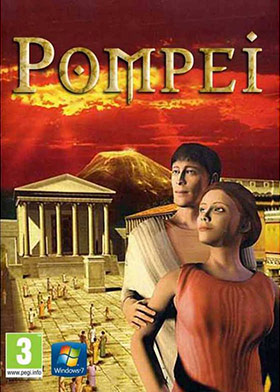