NIKOPOL: Secrets Of The Immortals

ABOUT THE GAME Paris, March 2023.
On the threshold of another rigged election, nothing seems to have changed in greater Paris. Since the city achieved political autonomy, its government has been irremediably fascist. The government militia is now ostensibly in control and has taken charge of law and order in this degenerate world riddled with poverty and misery. With the fresh electoral travesty imminent, a strange climate of disquiet has reigned ever since a huge Pyramid-shaped spacecraft appeared above the city astroport.
A victim of this authoritarian, decadent future, our hero, Alcide Nikopol, learns that his father, a former resistance member, preserved in deep-space hibernation for the past thirty years, is about to return to Earth. Nikopol senior however is also the puppet of Horus, a cruel, ambitious god, who is eager to instate the returning hero as ruler of Paris. 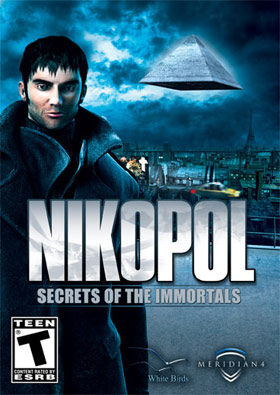