Egypt 3: The Fate Of Ramses

The story itself is based on the Pharaoh Ramses II. At the ripe old age of 60, he's dying and with him the glory of Egypt will fall. The Egyptian god Amon-Re has agreed to grant him health and prolong his reign, under the condition that he reconstructs Amon-Re's temple, erecting the largest obelisk ever constructed, making his temple the most splendid mankind has ever seen.

However, Ramses is doomed by what appears to be an evil curse. His fate lies in the hands of a beautiful young sorceress by the name of Maia. Only she can unravel the foreboding mystery, save the Pharaoh and with him the people of Egypt.

Created with careful attention to historical detail and considerable input from renowned Egyptologists, Egypt 3: The Fate of Ramses allows budding mummy makers to explore the use of ancient Egyptian rituals and concoct sacred potions to conquer the malediction afflicting the Egyptian empire. An in-game encyclopaedia is also available, filled with historically accurate information on rituals, ancient monuments, artefacts and Egyptian mythology. 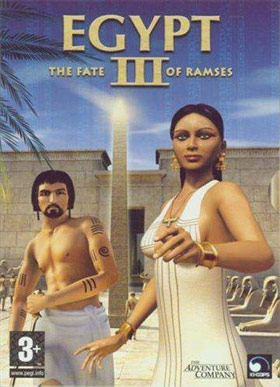