Previous Next
ABOUT THE GAME Heliopolis, the City of the Sun. A place with a wealth of knowledge, dedicated to the cult of the God Ra, Heliopolis is one of the most important capitals of Egypt in 1360 BC.

The story begings as a terrifying epidimic threatens to destroy this prestigious city.

Tifet, young Priestess of Sekhmet, goddess of illness and medicine, begins her quest for a remedy to save her adoptive father and all the inhabitants of Heliopolis.
From mysterious revelations to strange disappearances, Tifet's investigation will reveal suspicious links between Power and Religion... In this vast city threatened by chaos, you will need the help of the Gods. 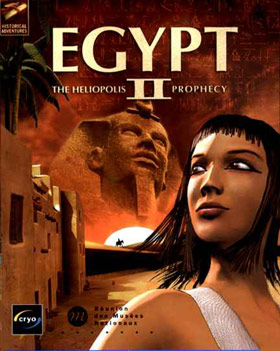