ABOUT THE GAME Will you dare to face the Prince of Darkness?

Dracula 1
London 1904. Seven years after defeating and destroying Dracula, Jonathan Harker discovers that his wife Mina has fled London for the count's castle in Transylvania. What if Mina falls back into the hands of evil? What if Dracula's still alive?

Dracula 2
Jonathan Harker returns in triumph from Transylvania after he saves Mina. But he can't rest for long--Dracula has followed him up to London. He's now determined to hunt down the Count wherever he goes, so he can finish him off once and for all.

Dracula 3
September 1920, the Vatican appoints Father Arno Moriani, the "Devil's Advocate", to investigate a potential candidate for sainthood in Transylvania. But in the shadows of the disturbing ruins that were once Vlad the Impaler's castle, his investigation takes an unexpected turn... 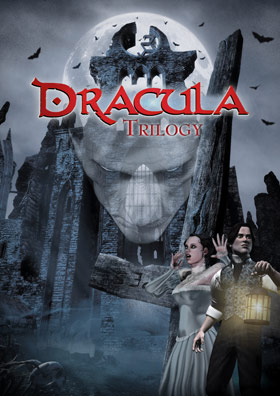