Atlantis 5: The Secrets of Atlantis

Previous Next
ABOUT THE GAME Prepare to embark on an incredible journey as you travel to the far corners of the world in search of the lost city of Atlantis.

Take on the role of Howard Brooks, a young aeronautical engineer as he returns to New York from a conference in Germany. On board the Hindenburg Zeppelin, Howard is attacked by members of an occult sect and soon learns that these evil-doers covet the mysterious secret of a forgotten civilization to which, it seems, he is an heir.

Convinced that Howard possesses a key element of their research, they decide to set a trap for him. Put your life on the line as you encounter unspeakable dangers and heart-pounding adventures in order to reveal a secret hidden since the dawn of time. 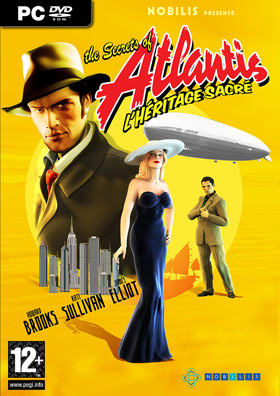