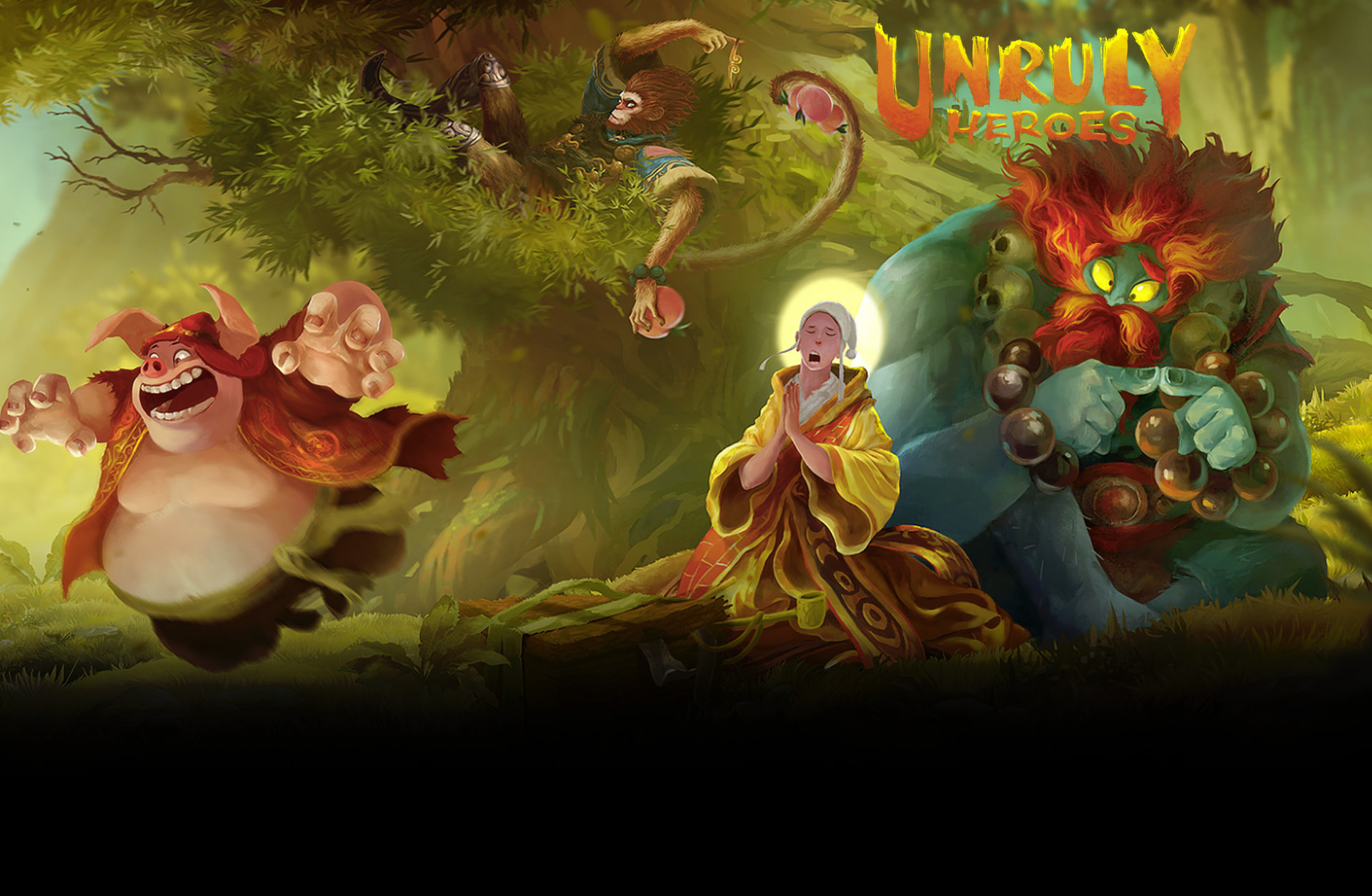 The sacred scroll preserving harmony in our world has been torn up and scattered to the winds. Now, strange and terrifying creatures are sowing discord and chaos throughout the land.
Inspired by the timeless Chinese novel "Journey to the West," Unruly Heroes tells the adventure of four totally opposed, implausible heroes who must collect all the scroll fragments and travel to fantastical worlds to restore balance... or die trying!

LET'S KUNG FU THEM ALL!

Take control of Wukong the Monkey King, Sanzang the Sleepy Monk, Kihong the Greedy Pig and Sandmonk the Sensitive Brute that battle a diverse lineup of enemies and show off your Kung-Fu skills in this action-packed adventure.
Seamlessly swap between heroes and journey west across stunning different environments in order to hunt for the scattered remnants of the Sacred Scroll. Play solo, up to four player local co-op, or PvP (local, online) and face the terrible challenges that lay ahead. 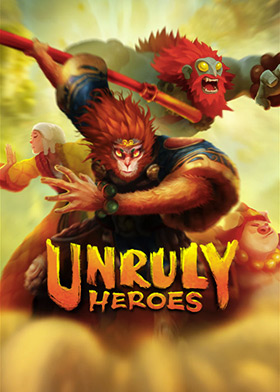