ABOUT THE GAME What's the difference compared to, let's say, some toy cars games?
There aren't power-ups to pick up on the track; players always have these items ready to fire. However, using all these special abilities cost a lot of energy, and players will be on the edge to explode very often. These tense moments crafted along with story, characters, bosses, could bring something different. And hopefully provide a feeling of progress you can't find in a generic tournament based game.

Why the top down view?
The view can be seen as less impressive than full 3D, which is totally right, but it allows to try to add a bit more of strategy gameplay-wise.

Why "Penelope"?
The game is called "The Next Penelope" because at first I wanted to make a game about Ulysses, but upon re-reading the Odyssey, I began to wonder about his wife, Penelope. "What is she doing? Why is she so passive? I'd like to see her in another story, where she would be the true heroine". And as the story takes place in a distant future, I added the 'Next'. Penelope cutscenes somewhat mimic the anime style of classic anime like Captain Harlock, or Ulysses 31. It was the most weird, cool, unexpected anime I saw as a kid, mixing Odysseus and Sci-Fi, with awesome disco music on top of it. So the kind of 'alternative Ulysses 31 universe' I'm doing now is just that: paying homage to something I really loved as a kid. 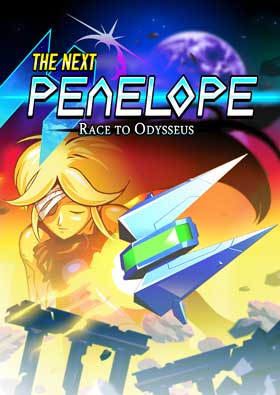