It is the world of Steam Slug, the world where in the end of XIX century history followed an alternative path and machines rose against the mankind. Smoking steam monsters with bleeding human brains encased in brass roam devastated cities and skies are blackened with mechanical creatures.

There is no place to go, the machines are everywhere and the only way of survival for you and for the mankind is to fight evil steam engines and to find the ultimate evil behind their creation – mysterious Mephistopheles. 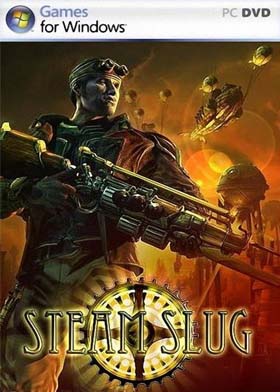