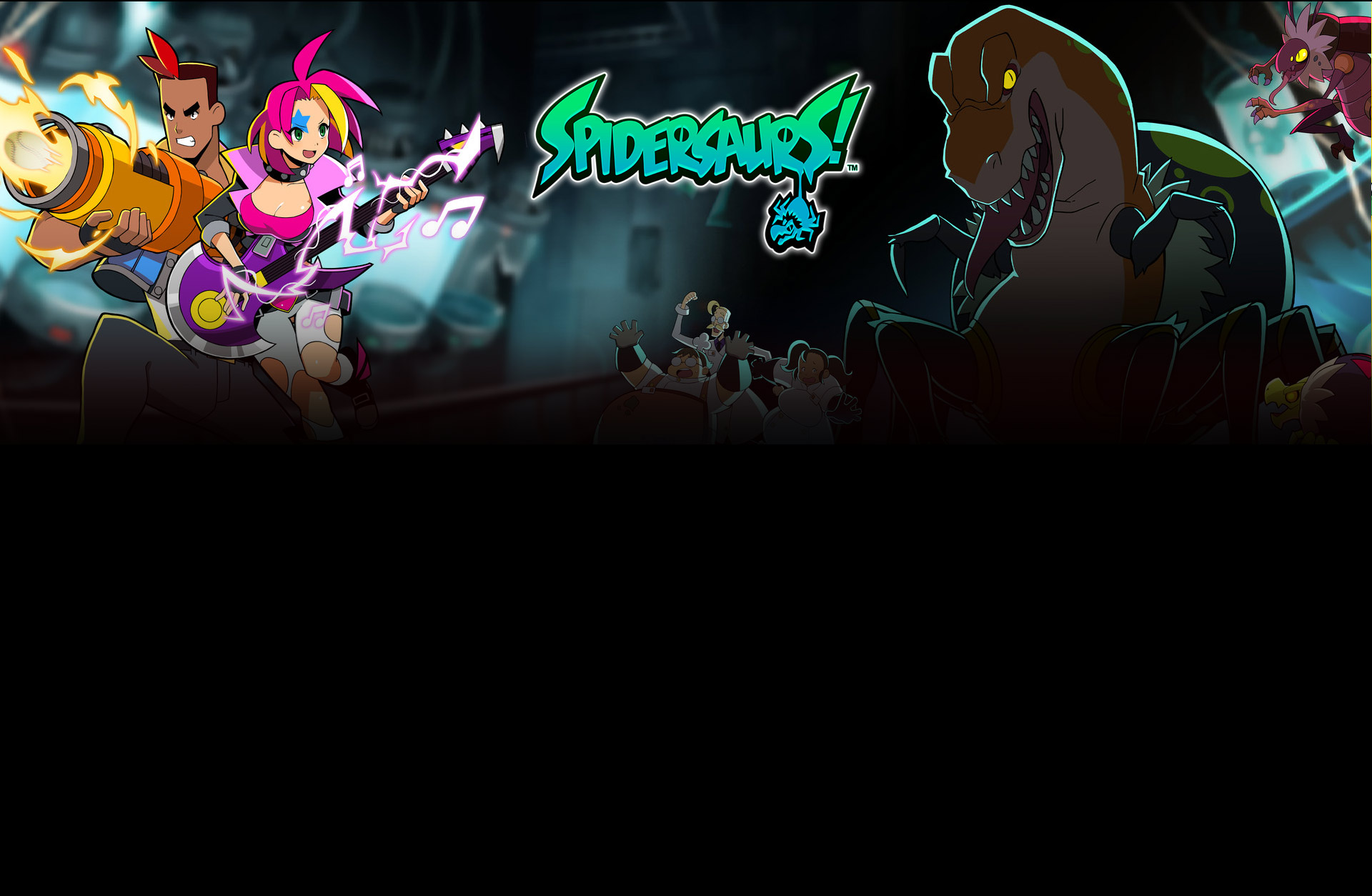 Alert! Alert! The nightmarish dinosaur-spider hybrids known as Spidersaurs have run amok and only you (and a friend in co-op mode) can stop them! Created by InGest Corp to provide the meat and muscle that humanity needs to end world hunger, the Spidersaurs are now on the loose, leaving it to two former taste-testers – officer-in-training Adrian and punk-rocker Victoria – to use their awesome firepower to overcome six stages of ferocious run-'n'-gun action.

Blast through a sweltering jungle, an infested laboratory, the heart of a live volcano, and more! The tangy food source with a bite is biting back, but by grabbing power-ups, gaining new abilities, and obliterating everything in sight, you can send these mutant monstrosities back to the stone age. 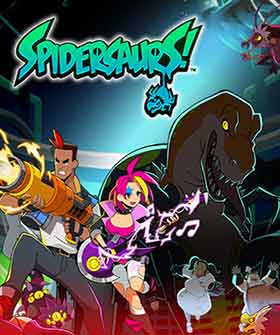