ABOUT THE GAME Combining action and strategy in a unique way, Sang-Froid: Tales of Werewolves transports you into an epic folktale co-written with best-selling Canadian author Bryan Perro (Amos Daragon, Wariwulf), in which two feuding brothers will have to put aside their differences to save their sister, who is pursued by the Devil himself!

This time however, sheer brute strength won't be enough to save the day as your enemies are way stronger than you are. Only your wits and the ability to combine ingenious traps to setup deadly ambushes will give you a chance to see the sun rise again on your frozen piece of forest... 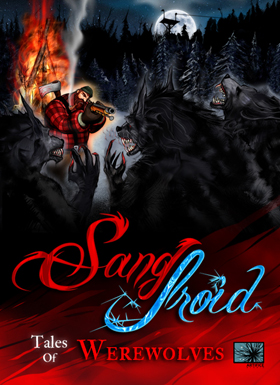