ABOUT THE GAME The Pang series is a beloved collection of arcade video games from the early 90s.

Guide two brothers on a quest around the world to save humankind from a massive alien invasion! Use your wits and skills to overcome the attack balls pouring from the skies and rescue the world’s cities and landmarks from impending annihilation!


KEY FEATURES Pang Adventures brings new features and gameplay to this arcade legend while keeping true to the original spirit of the series.

The simplest recipes make the best cookies! Pang Adventures is one delicious treat specifically designed to please your digital tastebuds and get you hooked! So keep your eyes peeled and your reflexes razor sharp to succeed and save the world! 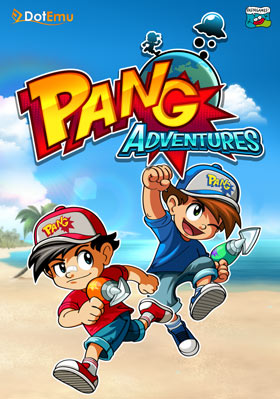