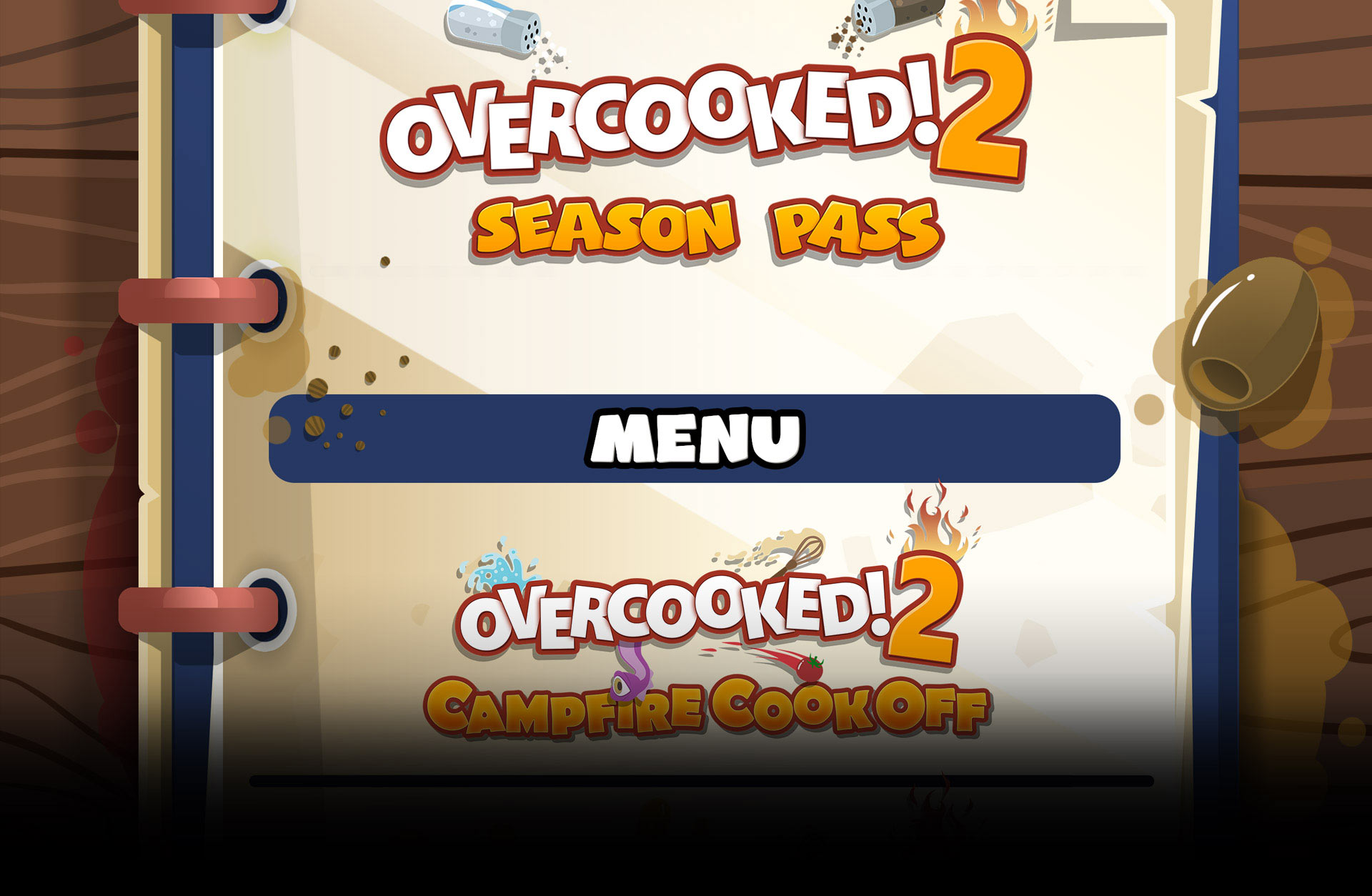 Overcooked returns with a brand-new helping of chaotic cooking action!

NOTICE: Requires the base game Overcooked! 2 in order to play. Activation key must be used on a valid Steam account. Requires internet connection.

Satisfy your hunger for Overcooked! 2’s chaotic cooking action with the Season Pass.

Gather round the campfire for S’More Overcooked 2!

It’s time for some camping capers as you take a trek through the forests of the Onion Kingdom. Joining Kevin and the Onion King are four new chefs that are right at home in the woodland kitchens; Explorer Chef, Bear Chef, Beaver Chef and the bespectacled Owl Chef.

New mechanics! The guillotine is an efficient new way to chop ingredients and the furnace must be fueled with coal in order to roast your dinners

Overcooked! 2 Carnival of Chaos invites players to a celebration of all things cooking, co-op and chaos! This colourful new DLC will put players to the test as you take on combo meals and that kitchen essential, the canon!

Combo Meals! For extra hungry customers, players must combine cuisines on a trusty tray, topped off with a refreshing beverage.

Sauces! Is it even possible to have a hot dog without ketchup or mustard…or both?!

Plus 15 New Levels! Players will burn burgers in the big top and tackle tasty treats on a tight rope in a series of vibrant new levels. 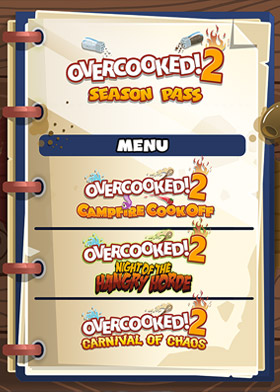