ABOUT THE GAME “Naval Warfare” is a stylish steampunk naval-action shooter with numerous tactical elements. Steer your ship into the middle of a raging naval war, where masses of enemies and allies engage in real-time operations over large, multi-screen maps, presented in a unique distinctive steampunk art-style.

Destroy masses of enemies on- above- and below the water surface, unlock new ship-types, weapons and upgrades to enhance your ship as you progress through an entertaining story-driven campaign accompanied by beautiful hand-drawn comic sequences.

Choose your tactics and form your own special squadron to support you in battle, issuing offensive and defensive orders to overcome masses of enemy opponents and defensive installations.

All rights are reserved. All trademarks are property of its respective owners. 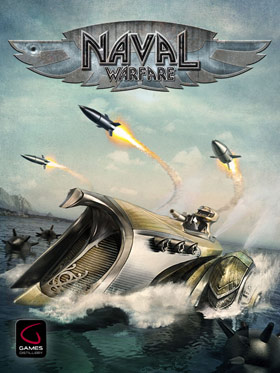