ABOUT THE GAME NEW: Gangs of Bad Guys now offers players an unseen multiplayer experience and is a FREE extension of the original game.

In Gangs of Bad Guys, players will take control of their own very own Bad Guy, choosing from 16 different character skins. Play online with up to 16 other players (or A.I.) in free-for-all or in team-based matches, fight it out across 12 different maps, and select from 4 different gameplay modes.

Players can choose to be a lone wolf or a team leader and strategist – use hackable items, collect in-game money to purchase new weaponry, take advantage of each level’s unique design, and execute actions with skill and speed. Make master strokes to take down opposing Bad Guys.


Join a secret and mysterious society whose members have sworn to get rid of war criminals, former mafia members, and other outlaws, living incognito among us. Hiding behind the appearance of a simple ‘man in the street’, the Bad Guys feel untouchable. They don’t expect you to track them and make evil plans. “ KTBG: Kill The Bad Guy ” will stress and test your mental skills through a puzzle game where physics plays an important role.

As part of an obscure Society tracking terrorists and evil guy around the world, you are in charge to plan their murder.

To reach your goal, you have access to a very large set of diversions and traps that will allow you to lead the bad guy to a violent death. 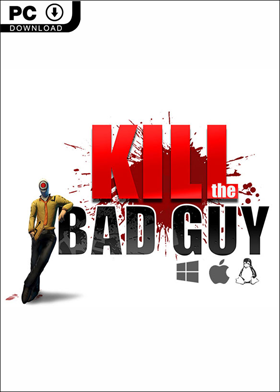