This awesome pack includes 4 copies of Gauntlettm with a 25% off discount!


ABOUT THE GAME The classic Gauntlet 4-player co-op action gameplay returns in a completely new experience!

Play as one of four distinct heroes in an intense monster filled dungeon brawler with a combination of both uniquely built and randomly generated levels to explore. Battle the endless hordes of foes as you and your friends fight for treasure and glory via both local and online co-op multiplayer. Invade the Darkness this Summer on PC!

GAUNTLET software © 2014 Warner Bros. Entertainment Inc. Developed by Arrowhead Game Studios. All other trademarks and copyrights are the property of their respective owners. All rights reserved. 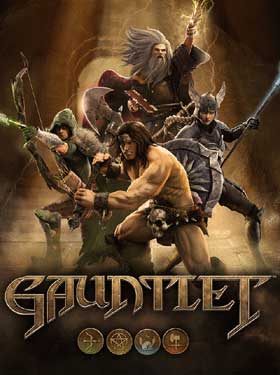