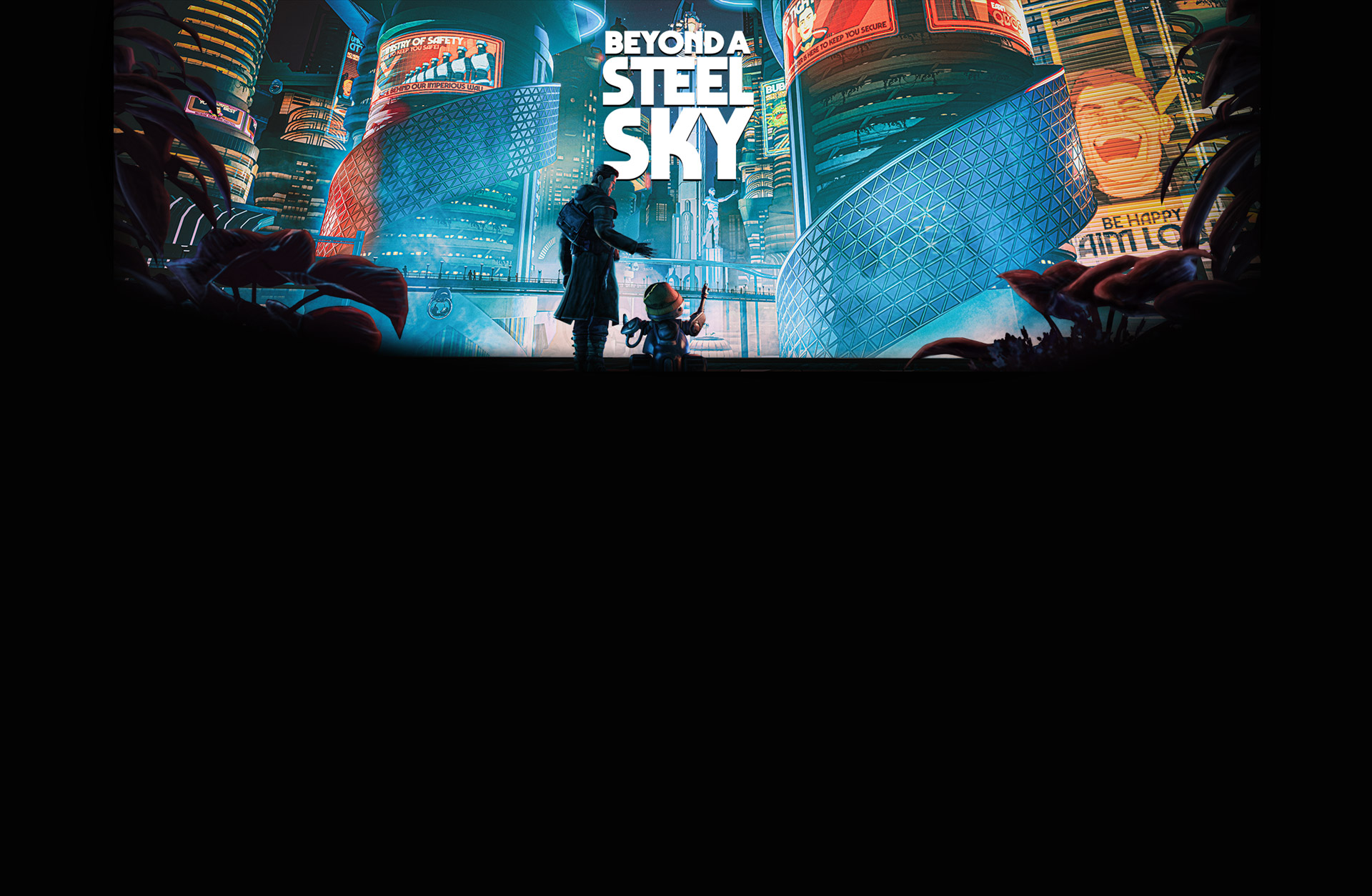 Beyond a Steel Sky

From Charles Cecil, creator of the Broken Sword series, with art direction by Dave Gibbons, legendary comic book artist behind ‘Watchmen’, comes ‘Beyond A Steel Sky’, the long awaited sequel to the cult classic ‘Beneath a Steel Sky’.

You are Robert Foster. A child has been abducted in a brutal attack. You have vowed to bring him home. The trail has led you to Union City, one of the last remaining mega-cities in a world ravaged by shattering wars, and political meltdown.

androids, designer living, piazzas and bars. What’s not to love? But this City has a dark underbelly...

‘Beyond a Steel Sky’ is a dramatic, humorous, cyberpunk thriller in which engaging puzzles drive a fast-paced narrative set in a dynamic gameworld that responds to – and is subverted by – the player’s actions.

The World
An adventure set within a dynamic world, populated by wilful characters driven by motivations that the player can subvert. In combination with a unique hacking tool, multiple solutions to puzzles emerge from player choices.
The Story
Unravel dark conspiracies, defeat a terrifying antagonist in this dramatic, humorous, cyberpunk thriller, which explores contemporary themes: social control, AI, and total surveillance.
The puzzles
Intelligent puzzles are interwoven with an intriguing dramatic narrative to deliver a compelling gameplay experience.
The Look
A beautifully detailed, comic-book styled world, from the mind of legendary comic artist Dave Gibbons. 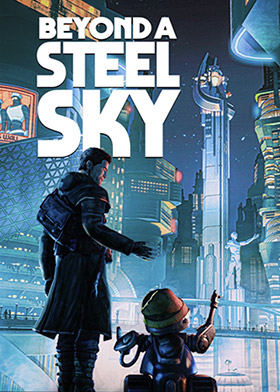