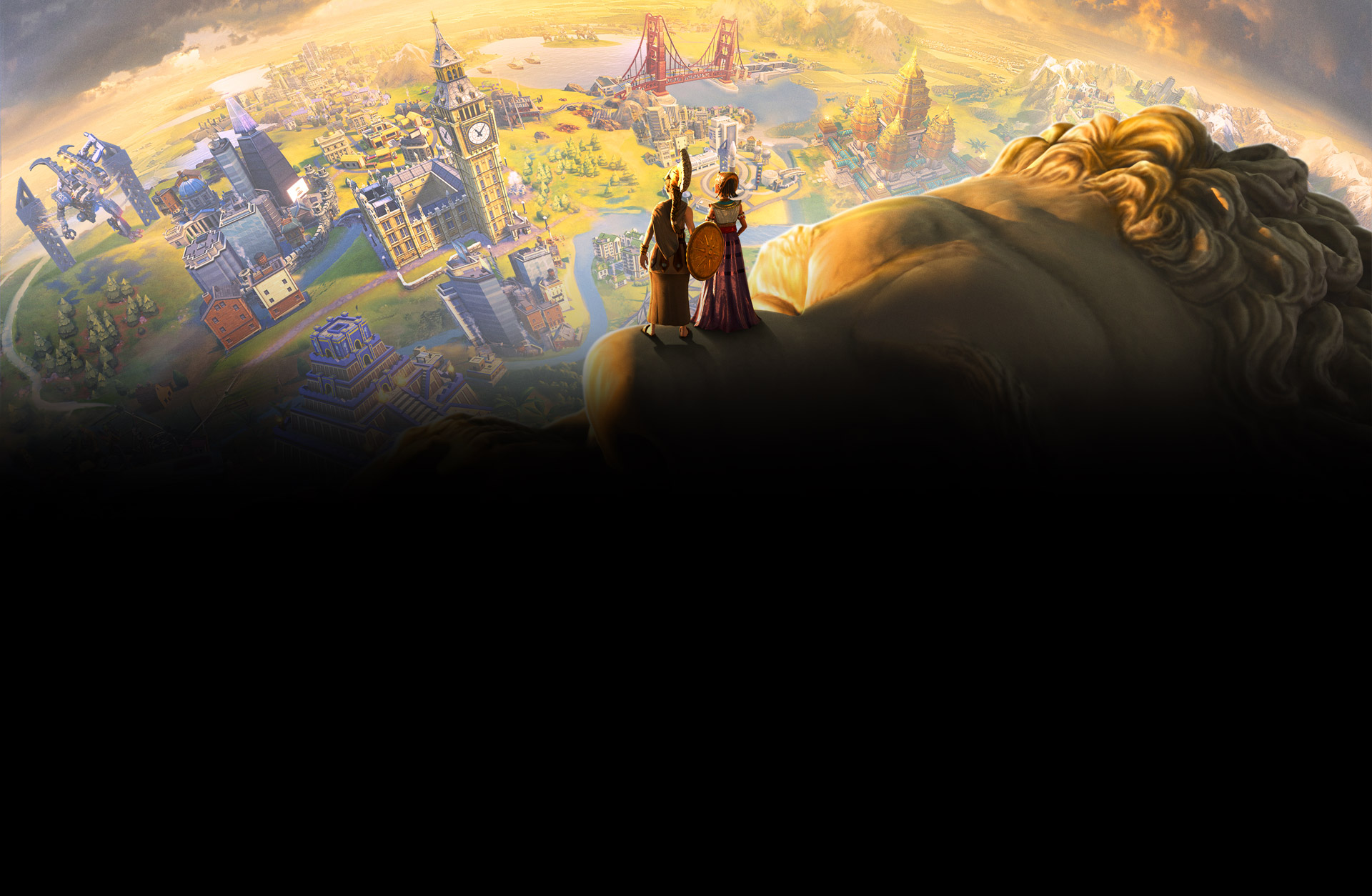 Civilization VI is a historical strategy game with one goal: build an empire to stand the test of time.

Created by legendary game designer Sid Meier, Civilization is one of the most acclaimed and influential game franchises in strategy game history. In this most recent entry, you have more ways than ever to engage with your world. Choose a leader and pursue agendas inspired by their real-life counterparts. Physically cities expand across the map, create new strategic possibilities through the game as you pursue one of five ways to achieve victory.

*Individual DLC and Expansions may be sold separately. If you already own any Civilization VI standalone content, do not buy this product or you will be double-charged for content.

CIVILIZATION VI: RISE AND FALL: The Rise and Fall expansion brings new choices, strategies, and challenges for players as they guide a civilization through the ages. The expansion introduces new game mechanics including Great Ages and Governors, expands existing Diplomacy and Government systems, and adds 8 civilizations, 9 leaders, and many new units, districts, wonders, and buildings. Can you lead your people into a Golden Age of prosperity? Or will your empire face the challenges of a Dark Age?

NEW FRONTIER PASS: Continue your quest to build the world’s greatest empire with the Civilization VI - New Frontier Pass, which introduces 6 new game modes for the first time in series history. Play with recruitable heroes from history and myth, dialed-up natural disasters in Apocalypse Mode, or secret societies that can enhance or undermine your empire. This content pack also features 8 new civilizations and 9 new leaders, as well as a heavy slate of new units, buildings, wonders, and more.

THE WORLD’S GREATEST LEADERS: Play as one of 54 of history’s greatest leaders. Build an empire of trade with Mansa Musa of Mali, flex the might of your legions with Trajan of Rome, or develop a powerhouse of culture with Hojo Tokimune of Japan. Each leader comes with unique abilities, units, and infrastructure in their quest for victory that will help you on your path to victory.

EXPANSIVE EMPIRES: See the marvels of your empire spread across the map like never before. Cities are now living things, occupying multiple tiles on the map as they grow.

ACTIVE RESEARCH: Unlock tech boosts that speed your civilization’s progress through history. Everything from special achievements to chance discoveries can advance your civilization by leaps and bounds.

DYNAMIC DIPLOMACY: Interactions with other civilizations change over the course of the game, from primitive first interactions where conflict is a fact of life, to late-game alliances and complex negotiations.

GREAT AGES: As your civilization ebbs and flows, and you reach milestone Historic Moments, you will move towards Dark Ages or Golden Ages, with challenges or bonuses to match.

LOYALTY: Cities now have Loyalty to your empire – let it fall too low, and face rebel units and a potential declaration of independence. But one civilization’s loss can be your gain - attract new cities to peacefully join your empire by inspiring Loyalty among your rivals.

COMBINED ARMS: Expanding on the “one unit per tile” design, support units can now be embedded with other units, like anti-tank support with infantry, or a warrior with settlers. Similar units can also be combined to form powerful “Corps” units.

ENVIRONMENTAL EFFECTS: Volcanoes, storms (blizzards, sandstorms, tornados, hurricanes), floods, and droughts bring the world to life like never before. Your settlement choices are more important than ever as you balance high risks with high rewards.

POWER AND CONSUMABLE RESOURCES: Strategic resources play an enhanced role, and electricity has been expanded. Power plants now consume units of fuel each turn. Initially you’ll be using Coal and Oil, but renewable energy sources become available as technology advances. Your choices about resource usage will directly affect the world’s temperature and can cause melting ice caps and rising sea levels.

ENGINEERING PROJECTS: Shape the earth itself by building canals, dams, tunnels and railroads. When settling cities, consider the flood risk to coastal lowland areas, but keep in mind that in the late-game, new technologies like Flood Barriers can be used to protect these tiles.

WORLD CONGRESS: Make your voice heard among the other leaders of the world. Earn Diplomatic Favor through Alliances, influencing city-states, competing in World Games, and more. Use Diplomatic Favor to extract promises from other leaders, vote on Resolutions, or call a Special Session to address an emergency.

ENHANCED MULTIPLAYER: In addition to traditional multiplayer modes, cooperate and compete with your friends in a wide variety of situations all designed to be easily completed in a single session.

NEW FRONTIER PASS: Continue your quest to build the world’s greatest empire with the Civilization VI - New Frontier Pass, which introduces 6 new game modes for the first time in series history. Play with recruitable heroes from history and myth, dialed-up natural disasters in Apocalypse Mode, or secret societies that can enhance or undermine your empire. This content pack also features 8 new civilizations and 9 new leaders.

*Some game modes and leaders require the Gathering Storm or Rise & Fall expansion to play. 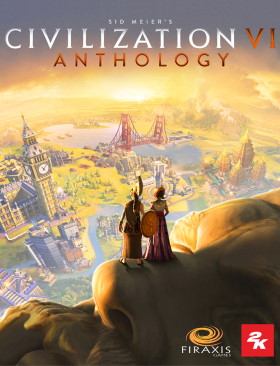