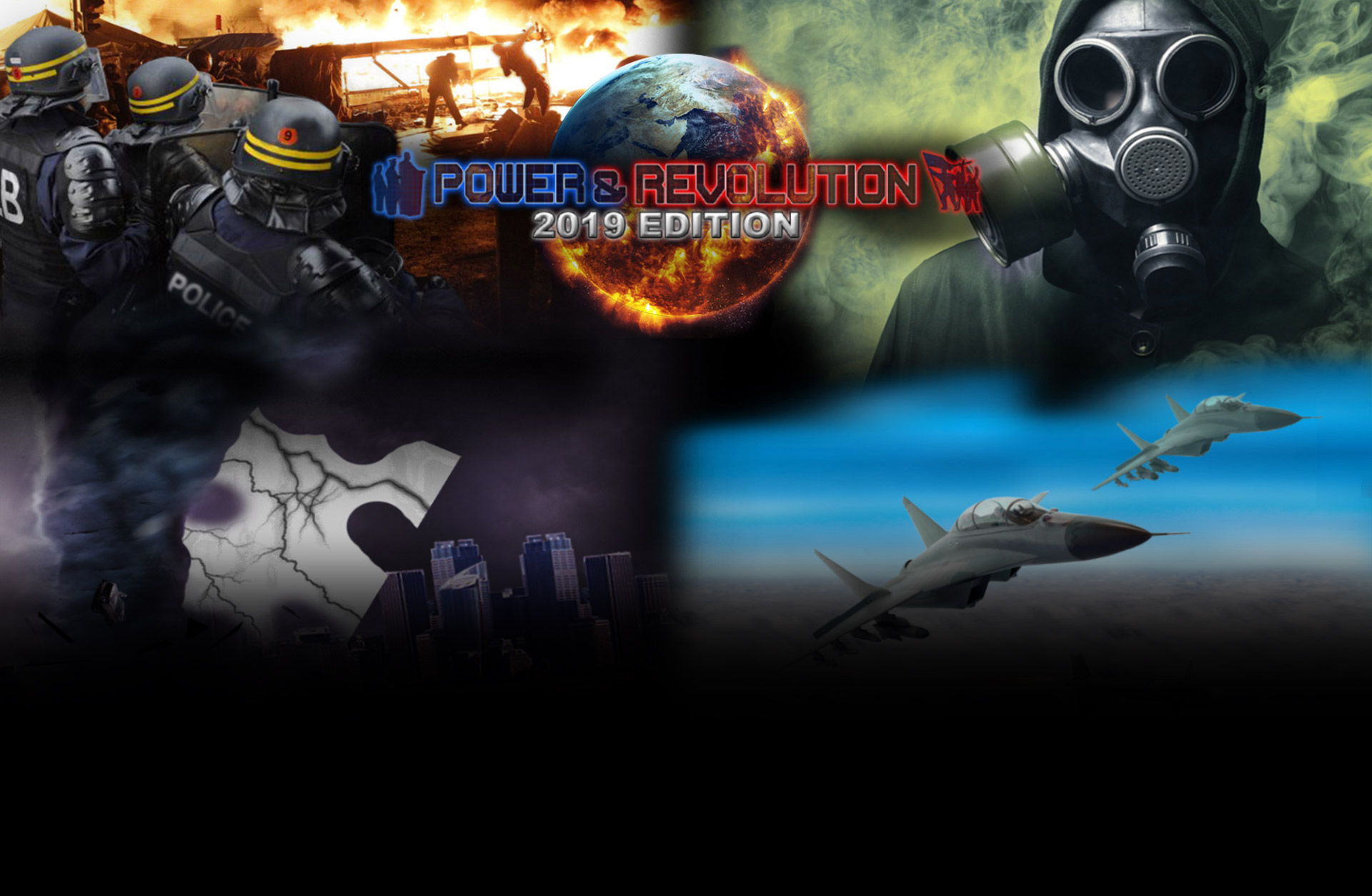 NOTICE: Requires the base game Power & Revolution 2019 in order to play.
This version is not compatible with Steam.

The Planet is Being Threatened!

The entire world is on the brink of collapse: global warming, social unrest, rising populism, the risk of global conflict, overpopulation, terrorism, cybercrime, new war zones, pollution, shortages! As the leader of up to 30 nations simultaneously, attempt to implement cohesive and effective policies that will collectively guarantee a viable future for the planet. And in another new play mode, "Chaos 2030", experience the world that could exist in the near future if things break down: amid the global chaos, develop solutions to maintain your power and grow your influence...

Simulations of major global threats
The Geopolitical Simulator 2019 Edition simulates all the major perils that threaten the planet and produces a comprehensive assessment for each one from the results along with specific graphics. The list of threats is substantial and many of them are interconnected: global warming, the widening of social inequality, the risk of global atomic war, overpopulation, unemployment, atmospheric pollution, terrorism, cybercrime, regional conflicts, food insecurity, world hunger, deforestation, natural disasters (storms, floods, drought, extreme heat...), rising sea levels, ocean acidity, disappearance of animal species, climate refugees, epidemics, endocrine-disrupting chemicals...

Global Warming
One specific scenario, "Global Warming", based on the goals of the IPCC (Intergovernmental Panel on Climate Change), has the objective of limiting global warming to 1.5° Celsius for 2100, and to reduce CO2 emissions by 45% by the year 2030. As the head of the 30 largest CO2 emitters, initiate a global energetic transition by pursuing policies on infrastructures (dismantling of thermal power industries, constructing power plants with renewable energies…), finance (taxes on petroleum products, carbon tax...), the environment, innovations (CO2 capture, development of electric vehicles…)… and all while avoiding energy shortages and maintaining a balanced budget as well as social stability!

Chaos 2030
In this futuristic and dystopic game mode, nations have turned inward and have opted for more radical governments, some of whom have gained access to nuclear weapons. Relations between these states are strained, are sources of conflict and key international organizations have been dissolved. The fight against global warming has failed: temperature curves are showing a rise of 7° in 2100 and serious consequences are being felt. With an unprecedented economic crisis and a growth in social inequality, people are on edge, political upheavals are increasing and terrorist organizations are growing on this fertile ground of instability. 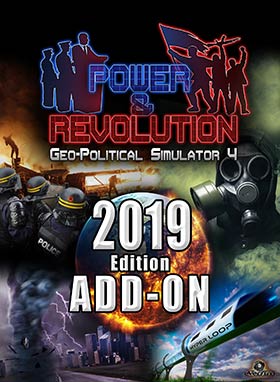