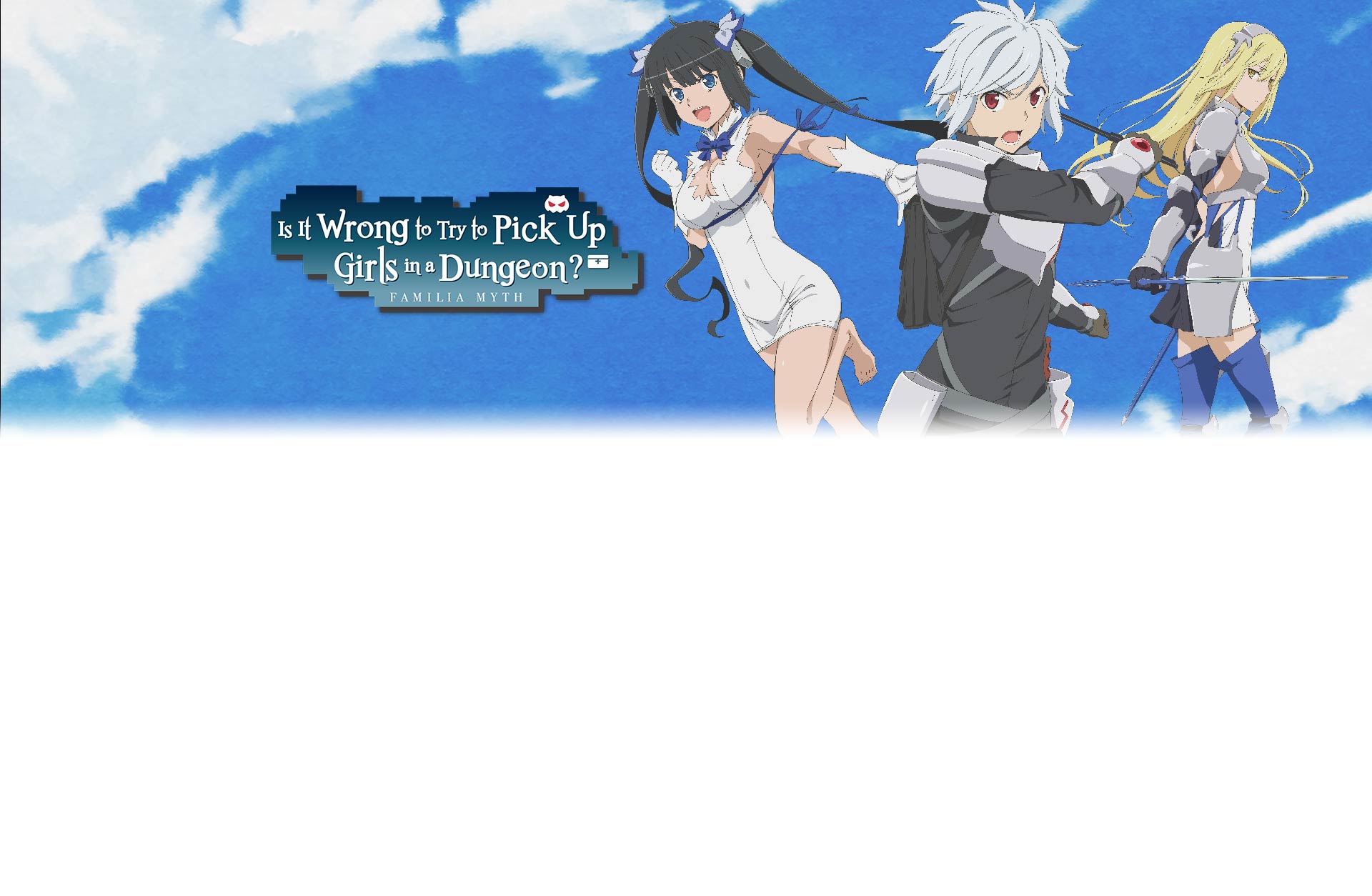 Is It Wrong to Try to Pick Up Girls in a Dungeon? Infinite Combate

Is It Wrong to Try to Pick Up Girls in a Dungeon? Infinite Combate follows the story of Bell Cranel and Aiz Wallenstein and they battle through increasingly difficult dungeons for completely opposite reasons.
Features
Welcome to Orario
Enter a city where the gods have decided to live on Earth and provide challenges to its inhabitants.
Be part of a Familia and serve a resident deity who protects you and helps you grow as an adventurer.
As an adventurer, it's up to you to defeat monsters in the dangerous labyrinth created by the Gods.
Level up through an extensive skill tree, customize your character's playstyle with skill tress and special crafted equipment in true RPG fashion!

Experience the Anime
Follow the story from the beginning and discover exclusive new content only available in the game.

Story Mode
Enjoy an extensive story with unique content and side quests!

There are post-game quests that see various characters going out on dates which can end up in them sharing a hot spring. 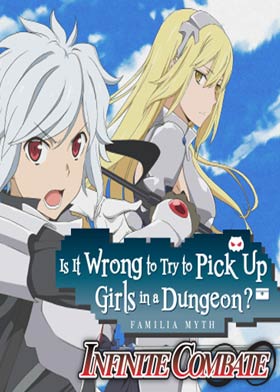