To protect the kingdom from the merciless cult “The Dark Church” which has murdered all heroes and knights you will have to hire dubious soldiers – and rescue jealous maidens who will follow you into combat as your groupies. Up to 10 heroes are deployed in tactical battles to take on the Dark Church with their special abilities.

The developers of Grotesque Tactics are deeply focused to bring across the fascination of the Strategy RPG genre known through more serious titles such as Heroes of Might and Magic, Jagged Alliance or King’s Bounty.

On the side Grotesque Tactics throws a lot of dialogues and a grand story in your face mimicking the whole RPG genre in a most humorous way including numerous side blows towards Oblivion, Final Fantasy or Lord of the Rings. Grotesque Tactics is funny with a great plot and gives you a tactical challenge to remember. 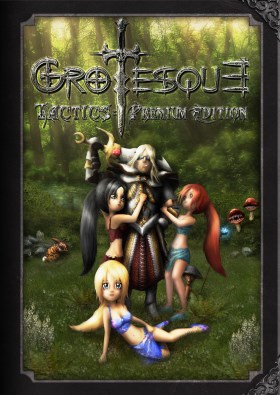