Panzer Claws 2 depicts the struggles of armoured and mechanized units in a World War II scenario.

The game spans the German attack on the Soviet Union through to other important battles on the Eastern Front, operations in France and Italy to the German offensive in the Ardennes.

In 1940, France fell beneath the dark tide of war. During the early days of the occupation, the French government capitulated, and formed a collaborationist state.

While the country was under enemy control, resistance fighters took to the hills, and back alleys. These brave souls began mobilizing for a fight against their occupiers, and misdirected government officials.

The game features Real Time Strategy and offers 3D scaled maps of battlefields. The scenery changes depending on the time of day, seasons and weather conditions that highly affects visibility.
The unit's mobility is reduced by roads hidden in rain or snow.
All landscape features and vehicles, infantry and buildings are true 3D objects.
Campaigns and single missions are completed in different seasons reflected in changing scenery. An advanced easy-to-use scenario editor enables the player to create his own maps and battles. A player has the possibility of choosing one of the four sides in the conflicts: the Germans, the Russians or the Allies and the French Resistance. 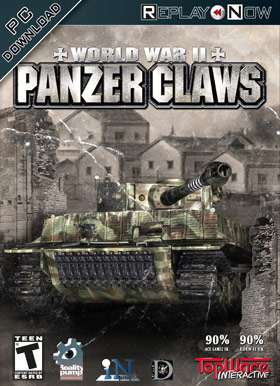