Previous Next
ABOUT THE GAME More than a sequel, Sudden Strike The Last Stand brings great improvements with completely new damage models, balance of forces and fabulous winter battles.
Sudden Strike: The Last Stand allows you to become absorbed in thrilled actions of World War II from 1941 to 1945.

Your tasks will vary from easy "Protect and deliver ammunition" to sabotage counter AA operations in enemy back areas and, of course, it's up to you to choose the opposing sides.

There are hundreds of units with historically accurate characteristics under your command, cargo ships, delivering reinforcements, air support, landing forces and much more! 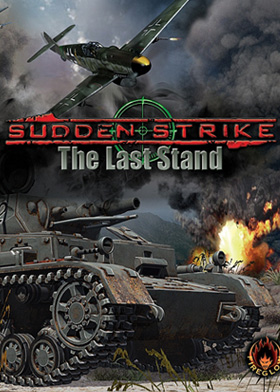