ABOUT THE GAME The blockbuster Sudden Strike is set in World War II and offers carefully planned Russian, German, French, American and British missions. The fantastic depth of the game, the infinite tactical possibilities and the excellent gameplay outshine anything ever seen to date. Conquer the enemy's positions, land your troops on his shores, win the clean-up operations and call in paratroops or fighter bombers for support. Whatever you can think of, you will find - in Sudden Strike! 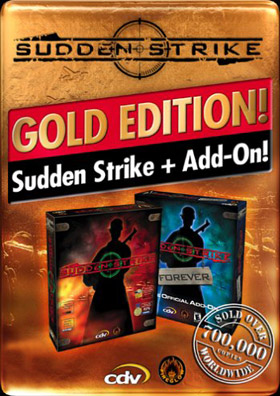