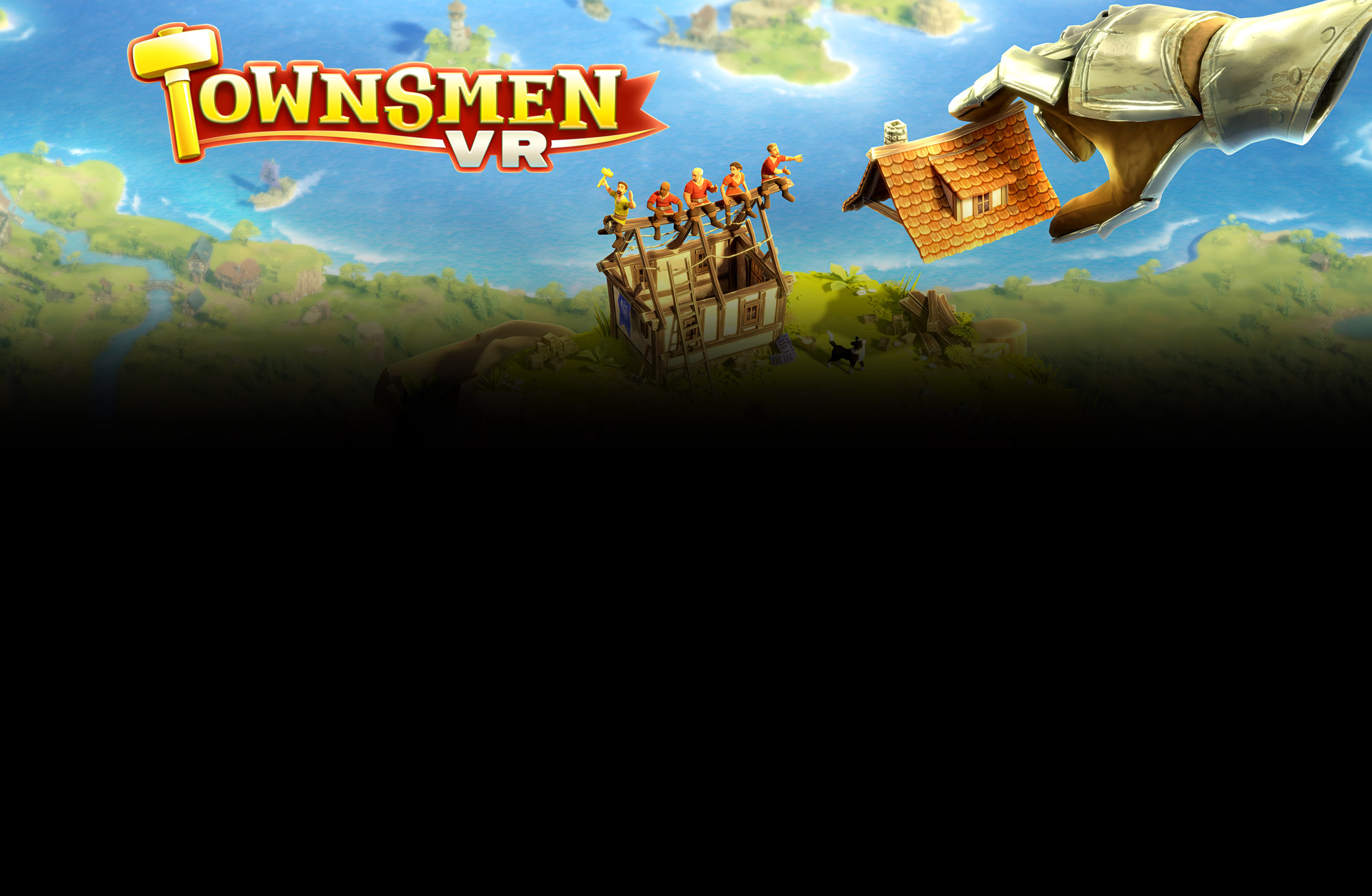 Build a medieval village within a completely interactively simulated world!

The time has come! After a complete redesign, you are no longer confined to a small island in the middle of an endless ocean. After the update, Townsmen VR gives you not only a single island to explore but a world to interact with. The game combines elements of a God-game simulation and a classic building game with the interactive possibilities of VR controls. Whether from a bird's eye view or zoomed in close, you will always experience the action from the right perspective.

You start on an island and expand your might over a world of 13 different islands and archipelagos. Filled to the brim with exciting features, gizmos, and things to lay your virtual hands-on. Build 23 unique buildings and upgrade them. Immerse yourself in a thrilling story with many exciting quests that will provide you with hours of fun!

The game is currently in Early Access. We are excited to hear your feedback and ideas to make Townsmen VR an even better virtual reality experience in the future!

As the population of your empire grows, so does the demand for food and goods. Production chains help you meet this need. When you build farms, you can grind the grain harvest there at the mill and bake delicious bread for your Townies from the flour. Your windmill won’t operate when the winds are calm? No worries, give those wings a push. Slap that lazy dude with a fish or help your citizens collect about 20 different raw materials. You want to see the world you helped create from the view of a townsman? Use your godly powers and scale yourself to experience your town at eye level with your townies.

Farm animals such as cows, sheep, and chickens provide you with important resources to produce food. Your hunters will find rabbits and deer to stalk. You have to be careful of wild animals like wolves or bears that you encounter! Seagulls are eager to steal your catch, while above the battlefields the crows' caw, and high up in the sky eagles fly free.

In time you should begin to also hire soldiers to defend your realm against intruders and enemy forces! Besides different types of soldiers, you can also make use of heavy artillery: A catapult can punch sensitive gaps in the enemy’s ranks! And should you run out of boulders, remember: everything you can lay your hands on can be used as ammo! But the enemy kingdom is not the only problem your soldiers will have to face. Some islands are infested with sinister pirates who are after your precious resources!

Intuitive control of the environment helps you moving about – you can literally crawl over the island or move your viewpoint as you would position your images on your smartphone. You’ll get accustomed to ruling your empire very fast. 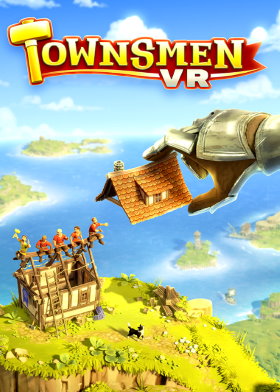