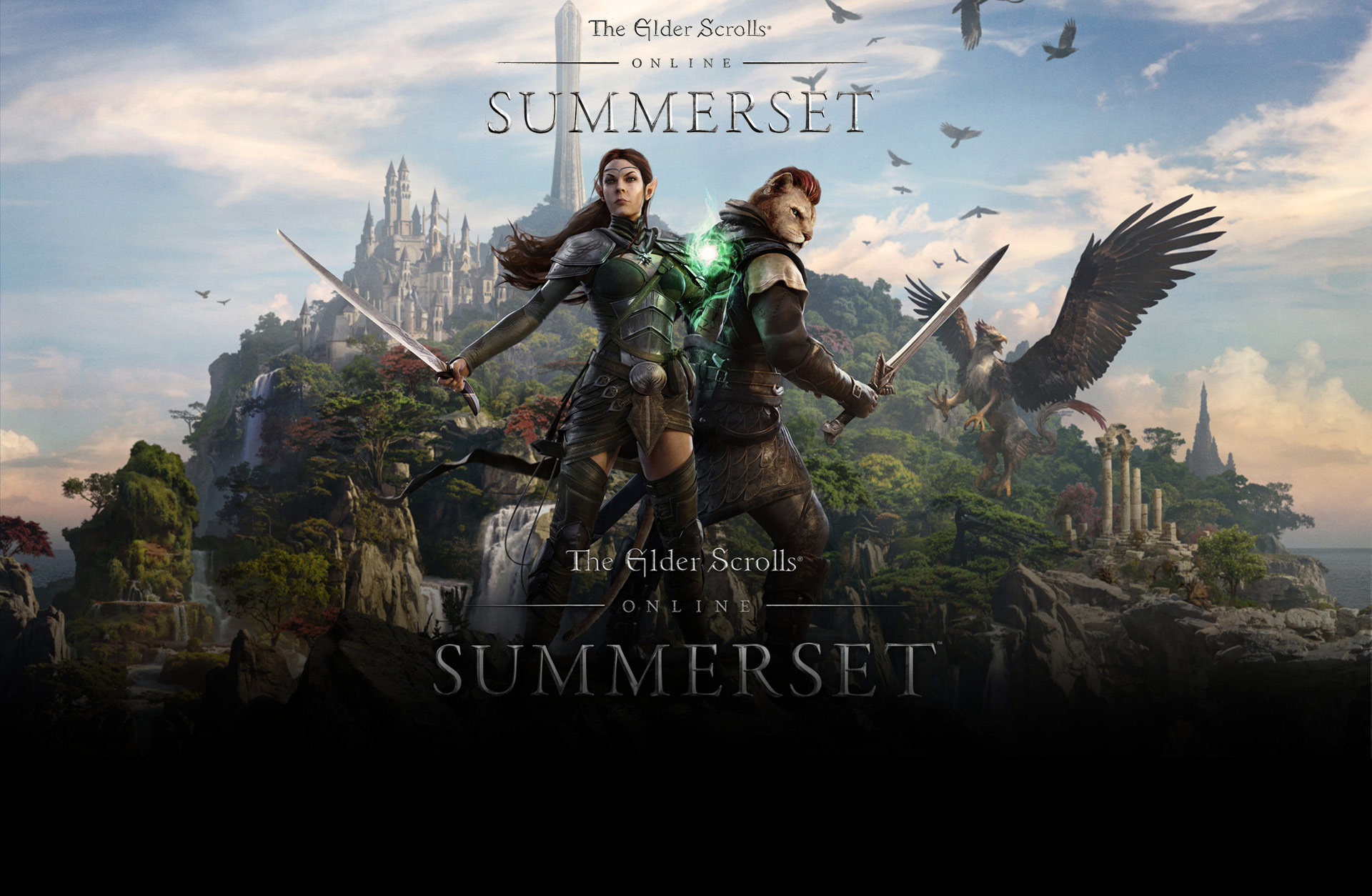 NOTICE: The base game The Elder Scrolls Online: Tamriel Unlimited, a persistent internet connection and an Elder Scrolls® Online account are required to play.

The Elder Scrolls Online: Summerset is the next Chapter of ZeniMax Online Studios’ award-winning online RPG, The Elder Scrolls Online (ESO). This new adventure in the ESO saga will send adventurers and their friends to the Summerset Isle, to visit and explore the ancestral home of the high elves for the first time since 1994’s The Elder Scrolls: Arena. Players will also be able to explore the island of Artaeum, home to the mysterious Psijic Order, a group of sages that predate the Mages Guild. Tamriel’s fate hangs in the balance and the heroes of ESO are called upon to save the world once more.

This year’s Chapter introduces an enormous and stunning new zone unlike any other, a fresh skill line with new magical powers to master, an expanded crafting system to forge powerful gear, and the continuation of the epic and award-winning ESO story. With more than 30 hours of new story content to experience, The Elder Scrolls Online: Summerset expands The Elder Scrolls Online in exciting and innovative ways, offering incredible adventures for both ESO veterans and those new to the game.

A New Elder Scrolls Online Chapter for everyone
The Elder Scrolls Online: Summerset builds on ESO’s Chapter structure introduced last year with ESO: Morrowind. Chapters deliver massive amounts of new content and features that are equally accessible and fun for both existing and new ESO players.

Journey to the Mysterious Summerset
Summerset is a massive new zone filled with new characters, stories, landmarks, and adventures. Players will traverse a stunning landscape fill with tropical lagoons, forests bursting with vibrant colors, and grand cliffside vistas while visiting massive and gorgeous manicured cities that reflect the sophisticated tastes of the High Elves.

An All New Skill Line -- Join the Psijic Order
The secretive Psijic Order, the precursor to the Mages Guild seen in other Elder Scrolls games, makes an appearance in The Elder Scrolls Online: Summerset. For the first time ever, the player will be able to travel to their home island of Artaeum and join the ranks of these mysterious mages to gain access to their mystical powers, unlocking powerful new abilities.

More Incredible Elder Scrolls Stories
Continuing the epic meta-story that began in 2015 with the Orsinium DLC Game Pack, players will once again face the Daedric conspiracy that threatens to destroy all of Tamriel. At the behest of Queen Ayrenn, who has opened Summerset to foreigners by royal decree, players will embark on a sweeping adventure to rejoin the infamous Khajiit spy Razum-dar, meet the mighty sages of the Crystal Tower, and fight for Tamriel’s fate once more. Amongst the beauty of the ancestral home of the High Elves, shadows rise and rumors spread of strange disappearances. A corrupting influence works to destroy High Elf society from within, and now, whispers stir of Daedric followers organizing in the shadows.

Expanded Crafting System – Jewelry Crafting
The Elder Scrolls Online: Summerset introduces one of players’ most requested features, an all-new crafting ability – Jewelry Crafting. Players will be able to forge potent new gear to bolster their power for their new adventures, leveraging their experience and resources to gain every advantage to succeed on their quest.

New Group Activities
Band together with friends to conquer new challenges, including a new Trial, Delves, Group Events, and more. 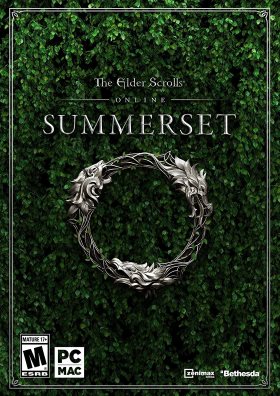