Previous Next
ABOUT THE GAME Run your own Hollywood Studio, produce big budget movies and become the greatest producer ever! In Hollywood Pictures 2 you are taking over the director's chair.

This stunning Tycoon game is a sequel of the cult game 'Hollywood Pictures', released in the 1990s. You are taking over a small scruffy movie studio and got the task to rehabilate the studio, to produce sucsessful blockbusters and to win the most dignified awards.

Stay in touch with the biggest actors and famous directors, shot and edit your own movies, extend your studio complex and keep an eye on your accounts - Hollywood will be at your feet! 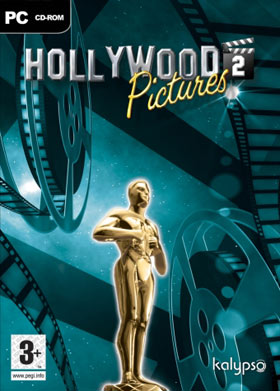