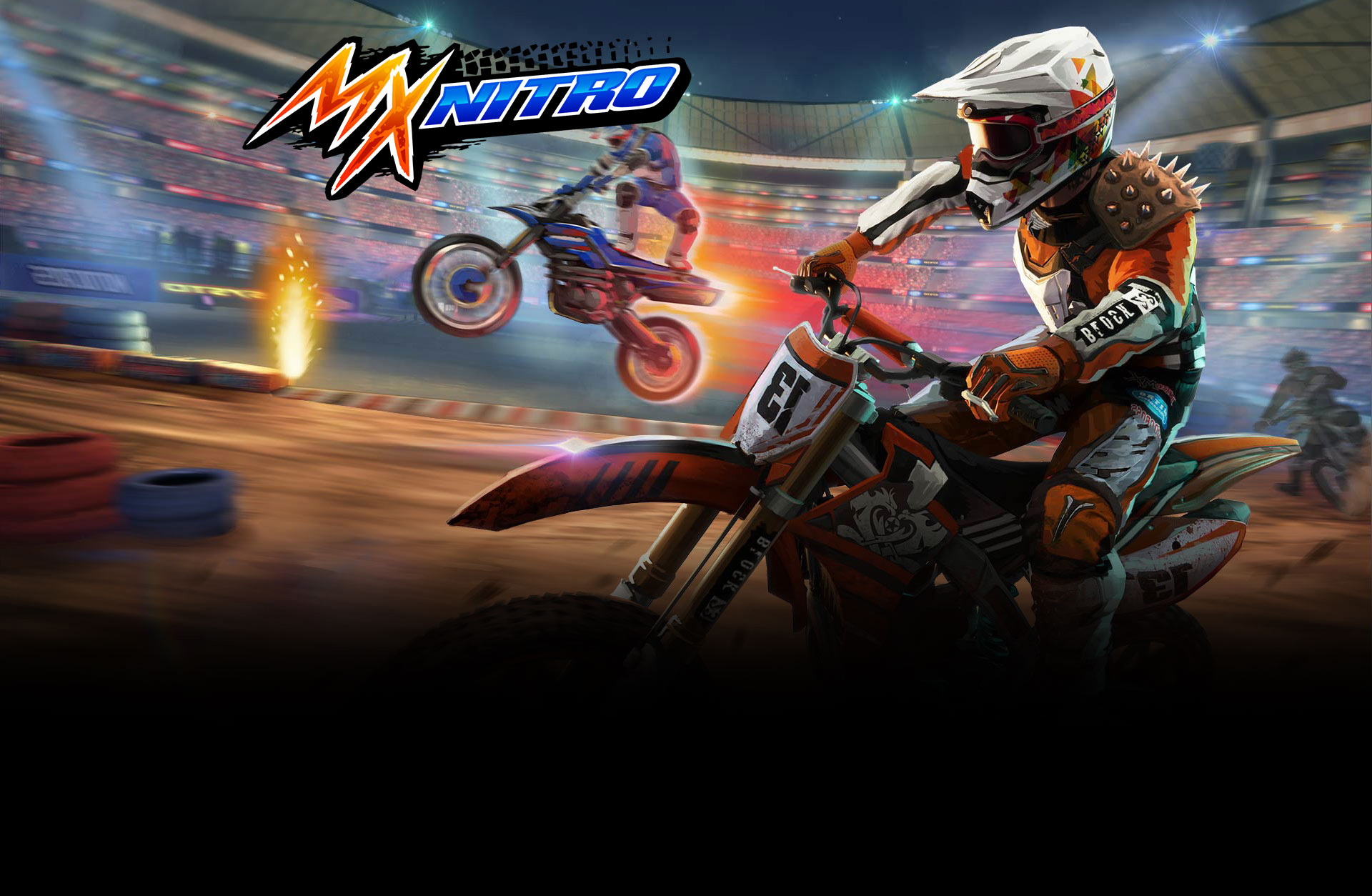 Adrenaline overload at break-neck speed
Welcome to the MX Nitro world of thrill-ride motocross racing. Will you risk bone-breaking stunts to get the Nitro-boosts you need to win? You’ll need to ride fast, fly high and hit combos with the most death-defying tricks you can master. Grab your first bike, nail its controls and you’re all set for a journey through some breath-taking locations, unlocking an Emergency Room full of stunts and dominating the tracks to become the MX Nitro champion.
Pimp out everything
Kit out your favorite bike, suit up with custom outfits and take to the tarmac, dirt or wow the crowd in the arena! Keep winning to unlock unique rider skins, bike upgrades, ace challenges and grab achievements.
Pick a trick
With 55 unique stunts to learn you can make your mark mid-air. California Roll through the sand dunes, Tsunami over treetops or Whip, Flip and Coffin for the win. But get that timing right because eating dirt is never a good look.
Keep the engine revving
With a 40 hour Solo-campaign featuring head to head Boss-races, you can hone your skills for a lifetime of challenges against friends and other riders from around the world in online multiplayer. Have you got what it takes to challenge the daredevils and dominate the leaderboards? 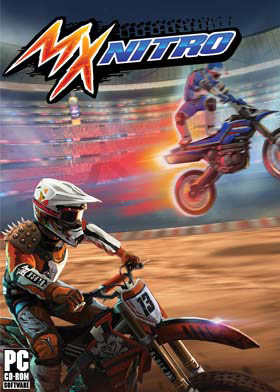