Homefront The Revolution - Beyond the Walls (DLC)

Previous Next
NOTICE: Requires the base game Homefront® The Revolution in order to play. Activation key must be used on a valid Steam account, requires internet connection.


ABOUT THE GAME The second American Revolution has been crushed by the KPA occupation forces, and Philadelphia - last stronghold of the Resistance - is about to fall.

In America’s darkest hour, a glimmer of hope appears when a NATO agent makes contact from beyond the city walls with a desperate call for help. They claim to have information that could finally end the occupation - but can the Resistance reach them before the KPA close in…? 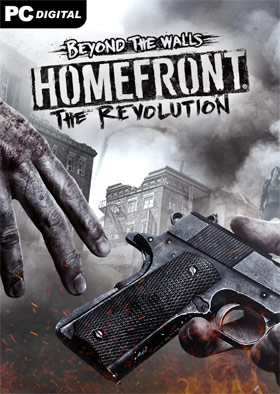