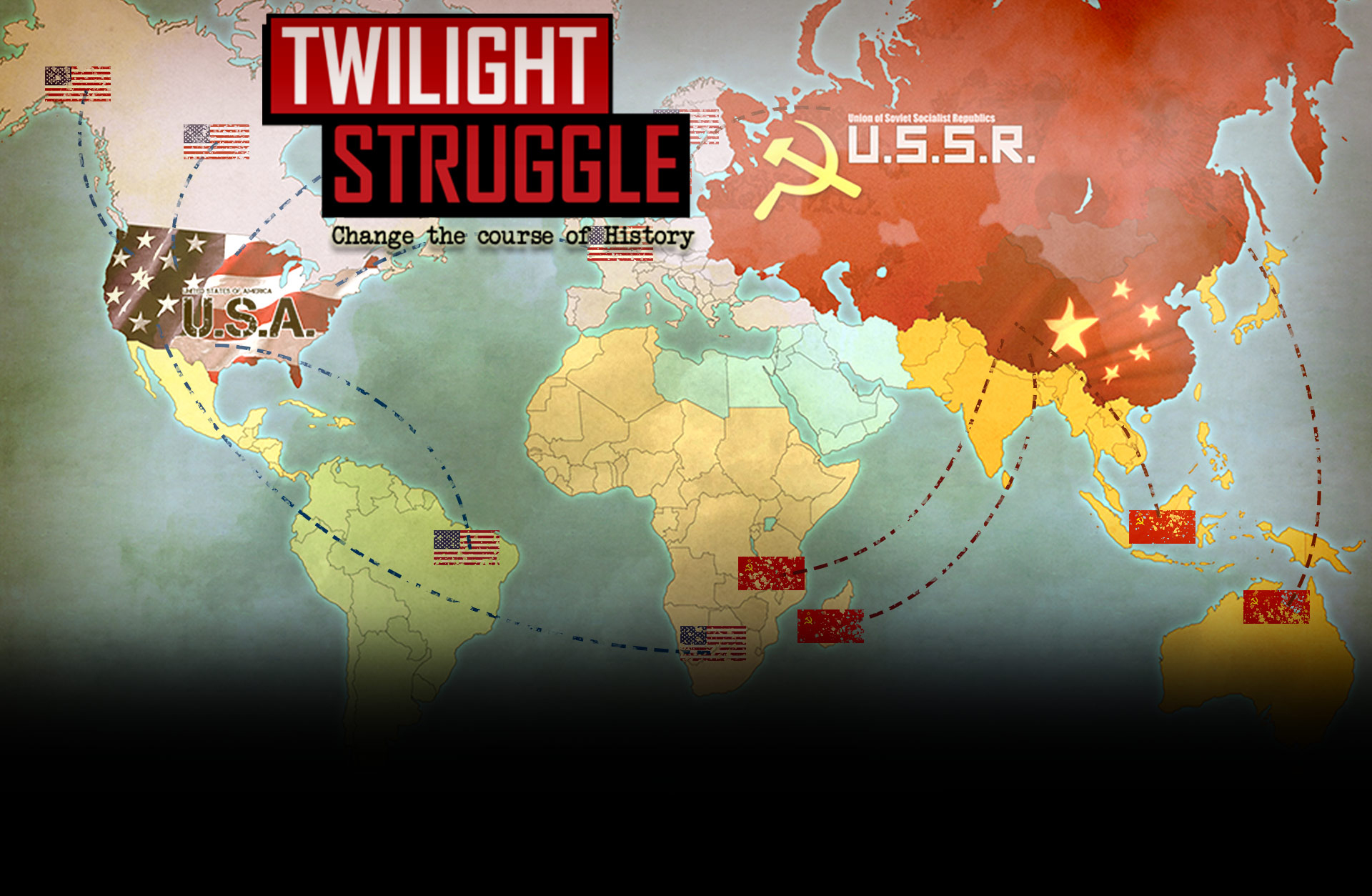 Twilight Struggle is a challenging strategy game of medium complexity that presents new and different challenges with every game session.

The game map is a world map of the period, whereon players move units and exert influence in attempts to gain allies and control for their superpower. The playable events in the game cover a vast array of historical happenings, from the Arab-Israeli conflicts of 1948 and 1967, to Vietnam and the U.S. peace movement, to the Cuban Missile Crisis and other such incidents that brought the world to the brink of nuclear annihilation.

Play as the US or USSR during the Cold War and change the course of history. 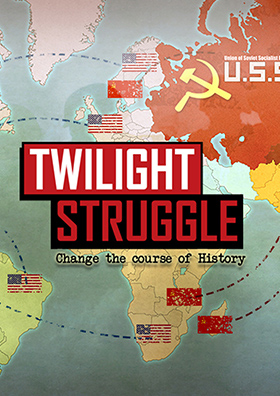