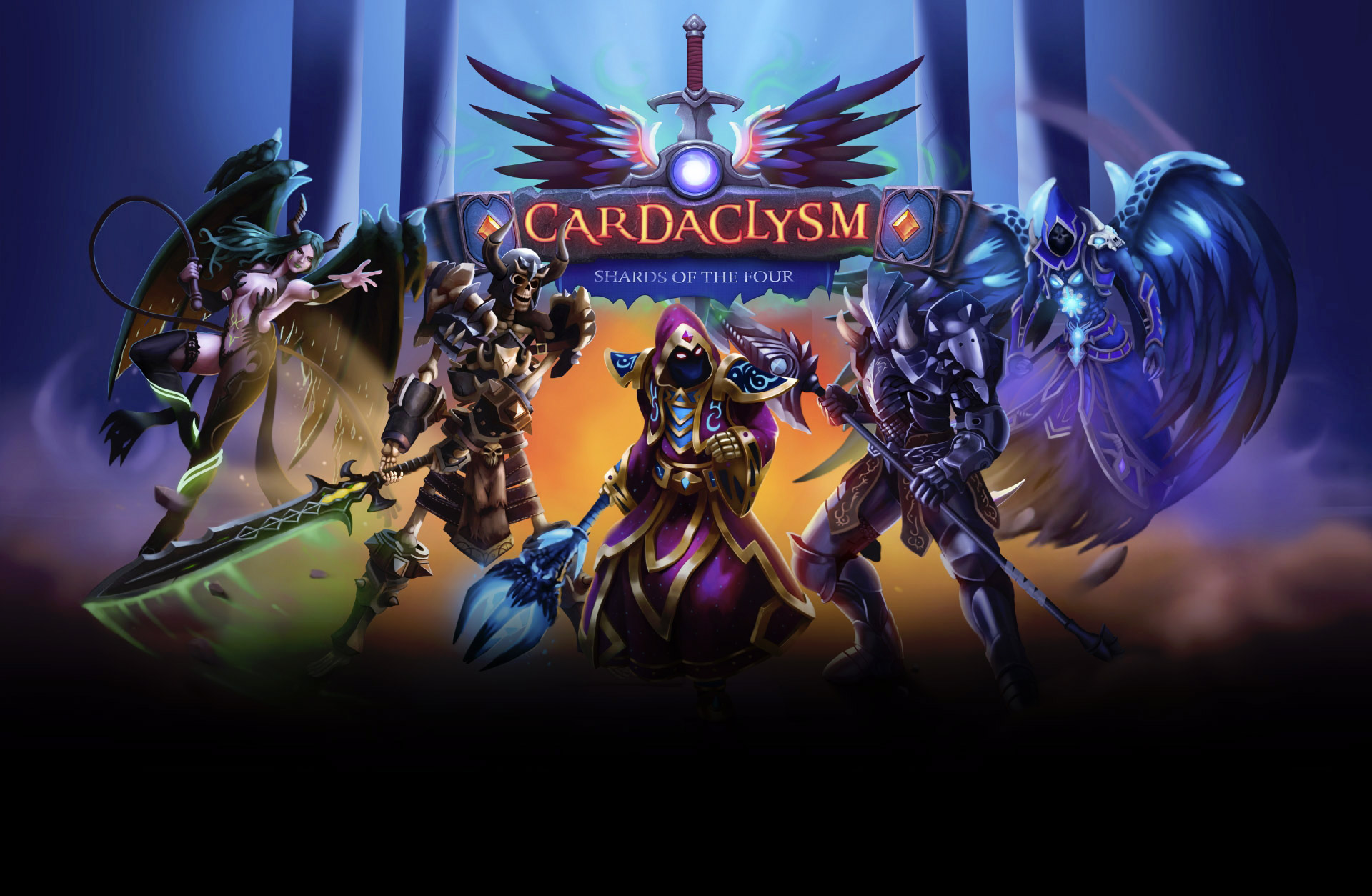 Face the Four Horsemen of the Apocalypse in epic card battles! Cardaclysm: Shards of the Four is a procedurally generated collectible card game mixed with action RPG elements. Collect creature and spell cards throughout your journey and unleash their power if anyone opposes you!

You are a dark wizard who shouldn't have tinkered with magic and spells way too powerful for you. But you did. And this time you messed up really bad: You've unleashed The Four Horsemen of the Apocalypse and their minions upon the World! Well done... So hurry, grab your magical cards and send them all back to their hellish dimension before the Apocalypse destroys everyone and everything - and much more importantly, before the old wizard council discovers what you have done...

Collect creature and spell cards throughout your journey and unleash their power if anyone opposes you!

The game's world is endlessly generated, there's always something new to explore!

Battle
Collect, combine and unleash the great powers of monsters, mystical creatures and magical spells in turn-based card battles! There are more than 200 cards in Cardaclysm: Shards of the Four, each with its own unique abilities, art and 3D animation!
Biomes
Face and fight your opponents in arenas located in different biomes: Make your way through burning deserts, eternal ice or dense jungles - but watch your step: Deadly monster encounters are lurking behind every corner!
The Pub
Visit the Interdimensional Pub between your quests: Take up and complete challenges, trade powerful cards and store your excess spells in your personal chest until you use them in your next epic card battle against the forces of the dark realms!

I have chosen Early Access as I feel that especially with a strategically complex game such as this one, with its deep balancing mechanics, the input of you, the players, is essential to the quality of the game. The earlier I can include valuable feedback by those who dig the concept of the game, the better the final quality will become. I think I am trying to create a very unique game with Cardaclysm, there are only a handful of games where I can draw inspiration from. Hopefully alongside the great community we can create something refreshingly new that lives up to the vision I have in mind.
Until it's done :-) Honestly speaking, I am planning to have the full content to be completed by late fall.
The final version will have more cards, more features (I have many great things in mind which may or may not end up in the game: more possibilities for deck building, more enemies, items, quests, NPCs...). At full release, the game's buyers will receive a full content game worth it's value.
The current version at EA launch will already include the full base gameplay, the interdimensional pub, over 100 cards, three different graphical settings, the inventory and item management, quests, and much more. The game should run fully stable with no major technical issues.
Yes, the price will be raised to a higher price point at full launch. The lower price of the EA version is also a bit meant as a treat for you players who embark on this great venture with me at an earlier stage :-)
Besides the usual tech feedback and bug reports, which hopefully won't be too many, I am especially hoping and looking for deck building and card strategies from the players to see where the balancing might be off and to discover "killer decks" and "killer card combos" so I can close these loopholes and keep the game as interesting and fresh over time as possible. For this I am inviting everyone to hop on the game's Discord server or to provide valuable feedback via the Steam forums. I will also give out some exclusive cards here and there which won't be available to regular buyers coming too late to the party :-P 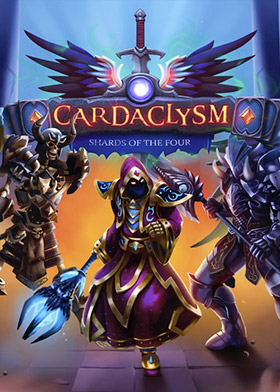