Previous Next
ABOUT THE GAME For the first time in a Point & Click Adventure, you can explore genre-typical and intricately created locations in Real 3D. A very vivid experience which is achieved by combining Anaglyph 3D Technology.

In Deadly Lullabyes - Castle Knatterfels , the player takes on the role of Alyssa, member of the pretty to look at but unsuccessful metal band “Deadly Lullabyes”. Following an anonymous invitation to a concert, they have an accident on the bumpy terrain just before they reach their destination. When Alyssa comes round, all the equipment of the band is missing – as well as the rest of the band. The following events span a spaced adventure in utter “B movie” style: Rocking skeletons, wobbly Elvises and numerous undead put Alyssa through various challenges. An extremely bizarre setting which somehow reminds Alyssa of one of her songs… 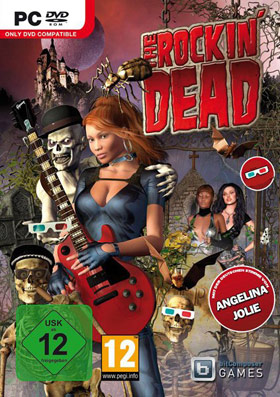