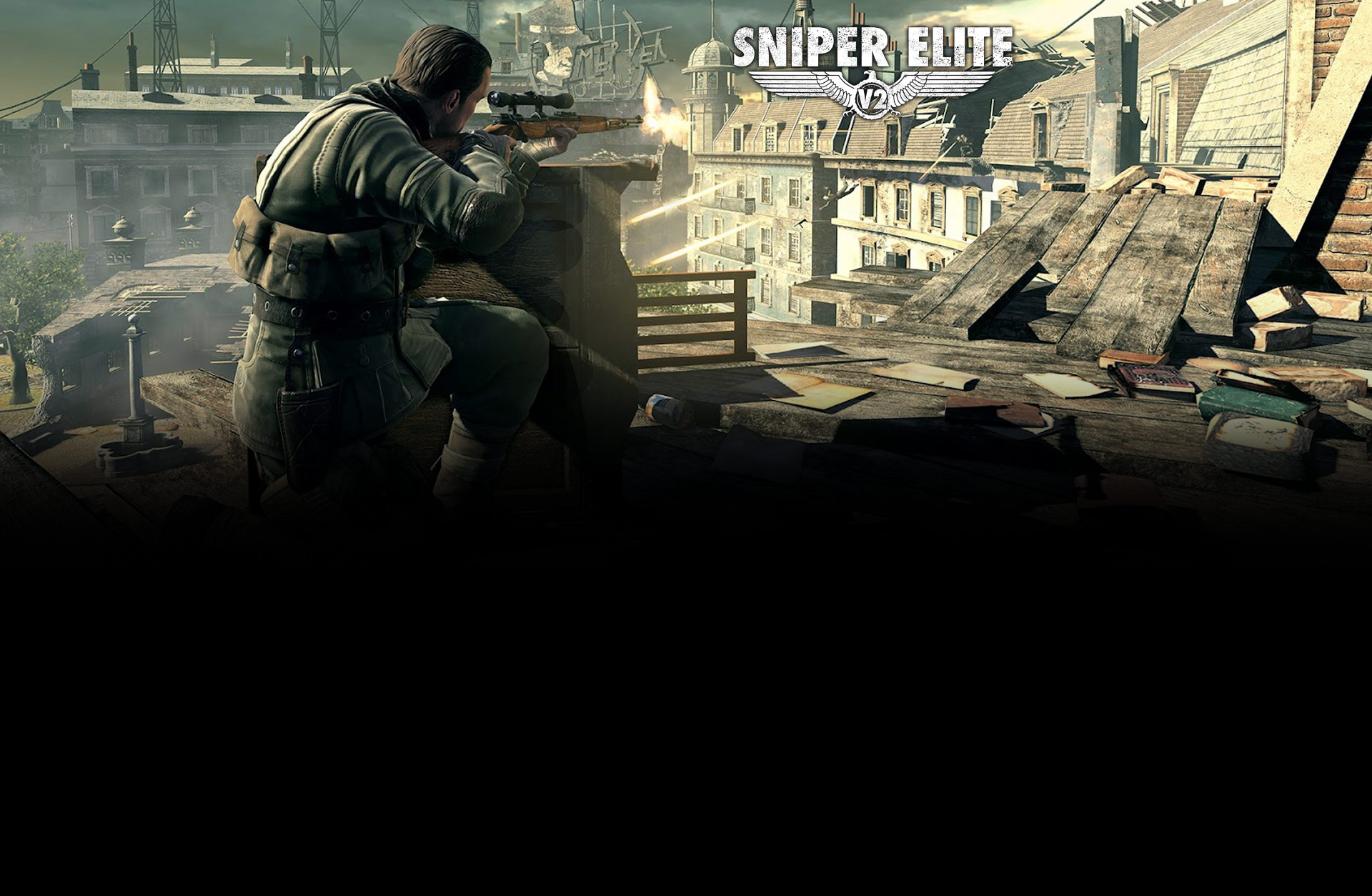 Previous Next
NOTICE: Activation key must be used on a valid Steam account, requires internet connection.
Windows® XP is NOT supported


ABOUT THE GAME In the dark days of the end of World War Two amidst the ruins of Berlin, one bullet can change history…
Sniper Elite V2 is the eagerly-awaited sequel to the highly-acclaimed Sniper Elite, giving gamers the most authentic World War II sniping experience available.
You are elite US sniper Karl Fairburne. Parachuted into Berlin amidst the Germans’ final stand, your mission is to prevent Nazi V2 rocket program technology from falling into the hands of the besieging Red Army. You must aid key scientists keen to defect to the US, and terminate those who would help the Russians.
Take advantage of authentic weaponry, learn how to stalk your targets, fortify your position, set up the shot and use your skill, patience and cunning to achieve your mission. Stealth gameplay is the key as you find yourself trapped between two desperate armies in a race against time.
Watch as the celebrated ‘bullet cam’ from Sniper Elite returns, bloodier and more gruesome than ever – skilful shots are rewarded with a slow-motion flight of the bullet, then targets are graphically rendered in X-Ray as the bullet enters and destroys your victim. Organs shred, bones splinter, teeth shatter, as the true impact of the sniper’s bullet is brought to life.
As World War Two ends and the Cold War begins, every shot counts. Use them wisely.


KEY FEATURES FREE UPDATE
The latest free update to Sniper Elite V2 introduces another new Multiplayer map, "Trainyard" available for all game modes, including "no cross". Trainyard is a new multiplayer map set in an abandoned depot. Play with a mix of long sight-lines, great vantage points and hidden routes through empty carriages that give you a chance to sneak up on your enemies. Just be careful that they don't get the jump on you first.

AUTHENTICITY
The game features authentic World War II Berlin locations as well as vehicles, weapons such as the Springfield M1903 the Gewehr 43 and the Mosin-Nagant 1891/30, and uniforms modeled after the original versions.

USE THE ENVIRONMENT
The slightest changes in the environment need to be taken into account to move into the perfect position, observe the quarry, take the shot and slip away unnoticed.

SNIPER'S CHOICE
Players will often find themselves facing a choice of the perfect shot that leaves them catastrophically exposed or a more difficult route that means they can continue their mission.