Previous Next
In the near future, during the first interstellar travels, humans encounter great evil roaming the galaxy for last few eons. The evil being is an incarnation of the last of the ancient immortals named Tah-Um (or in English - Notorious Mental). Mental has set forth to wipe the earthlings out for sheer fun, just like it did with all the other civilizations in the galactic history.

This time, humans have a secret weapon left to them by an extinct civilization from Sirius - Timelock. Timelock will enable special forces veteran Sam 'Serious' Stone to return to the time of ancient Egypt and assassin Mental while it is offhand.

Serious Sam is a high-adrenaline arcade-action shooter heavily focused on frantic arcade-style single player action. In a world where cyberpunk meets fantasy-fiction and advanced technology is mixed with black magic and psycho-powers, Sam travels through the beautiful world of ancient Egypt and several diverse planets, confronting countless Mental's minions on his way to the Mental's base. 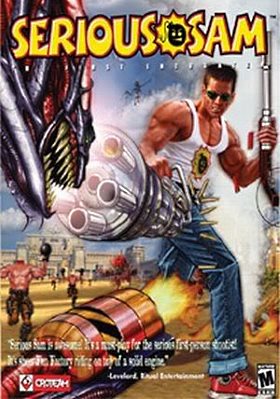