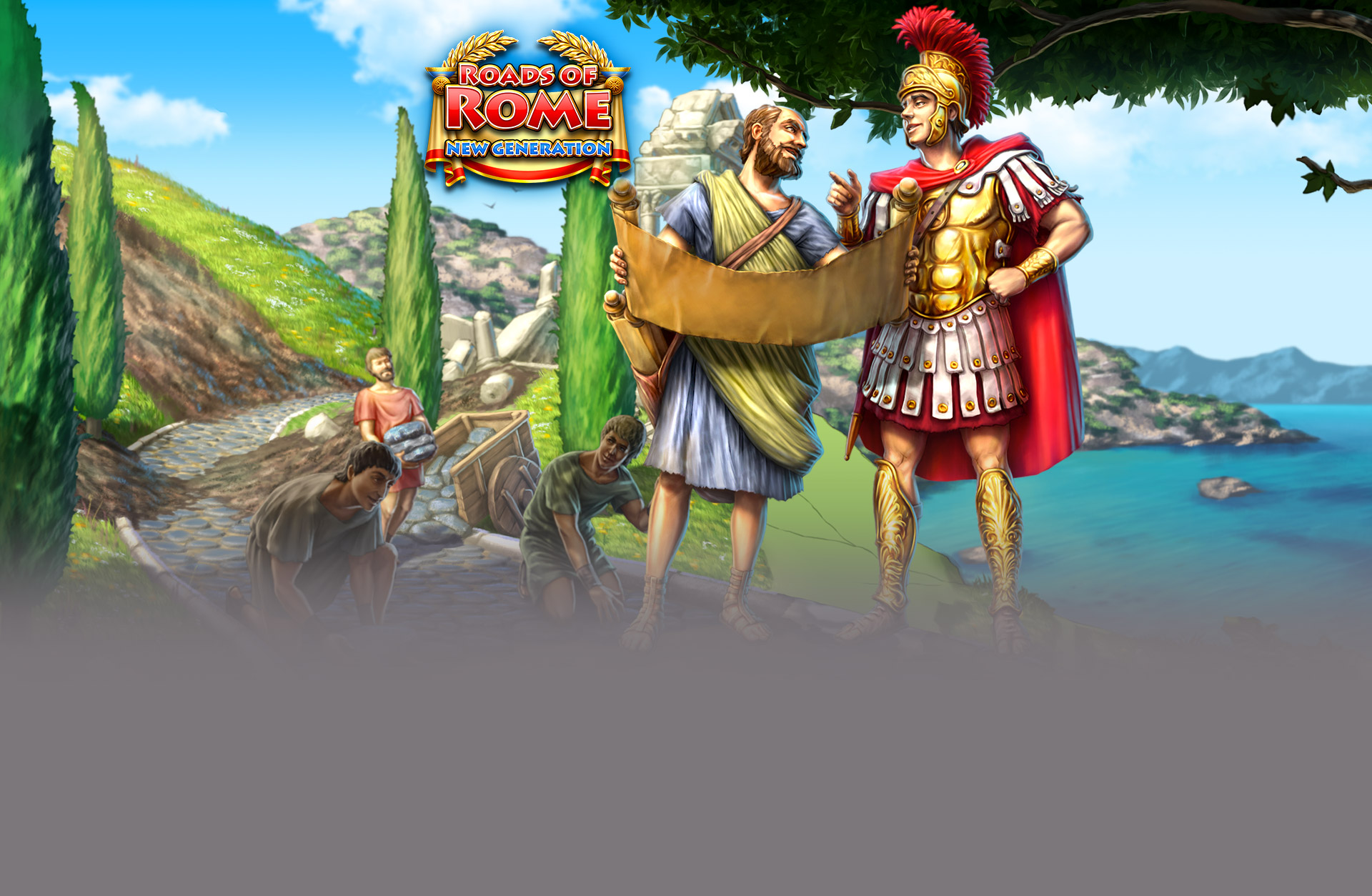 Roads of Rome New Generation is the continuation of the legendary Roads of Rome series - the game played and enjoyed by millions of players worldwide.

In this season, we are back in the Roman Empire, the rich and powerful, where its enemies were defeated and where nothing threatens the peace and tranquility of its citizens - or so it seems. But an unexpected trouble comes to Rome in the form of a natural disaster. The effects of the earthquake are horrific, and the young Markus Victorius will be the one to handle them. He will need to restore the destroyed settlements, pave new roads, help the affected residents and prove to his father that his son deserves to be called a man. He will be rewarded with prosperity, respect of his fellow citizens, and perhaps even the love of a mysterious beauty.

See what it would be like to be the ruler - the King worthy of his people. An epic story about real feats for the sake of the Empire.

Roads of Rome is a legendary series that was truly enjoyed by the fans of the time management genre across platforms worldwide, fans of games about ancient times, the middle ages, about magic and heroes, about the adventures and amazing feats.