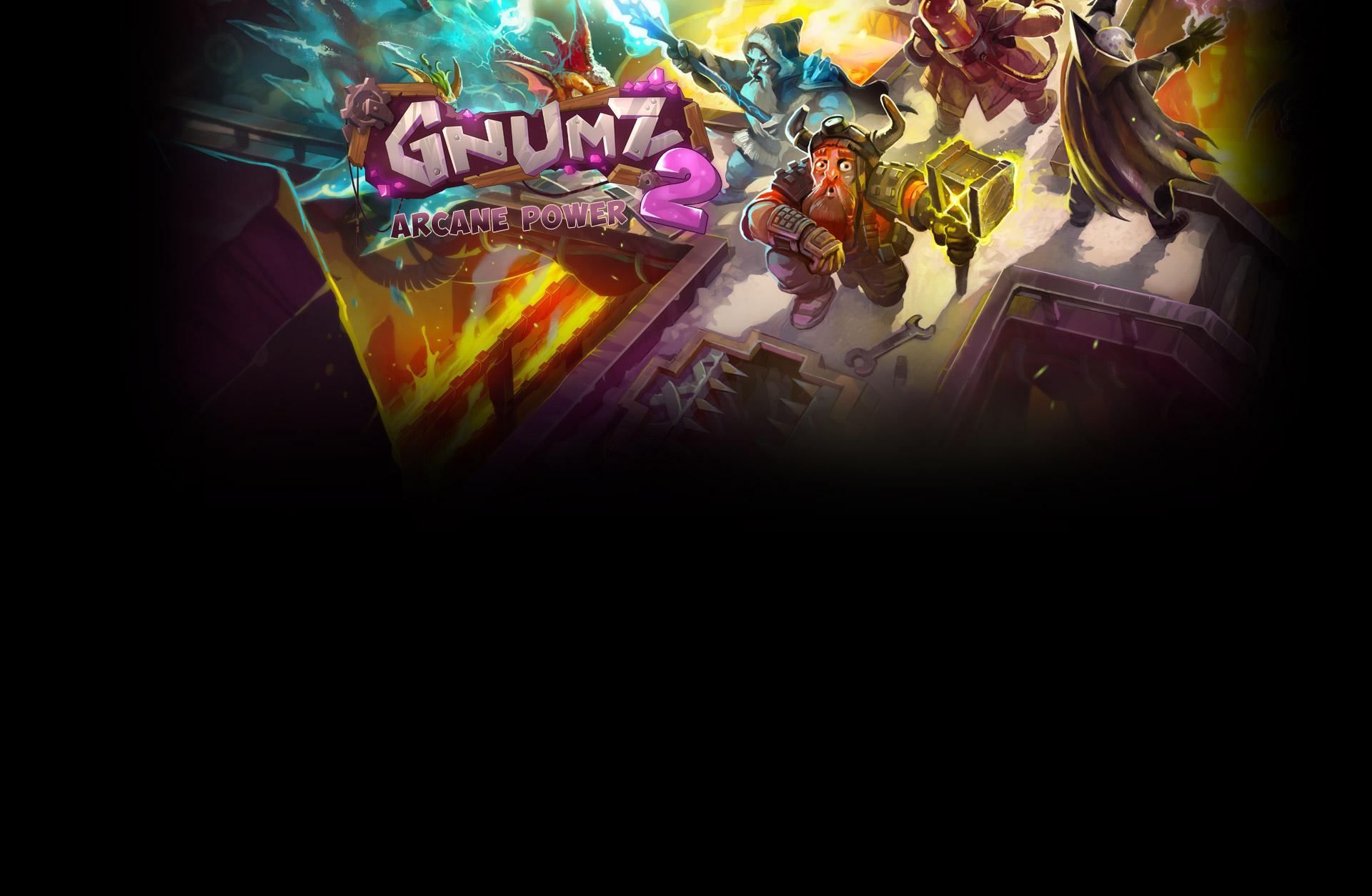 The war is picking up steam! Feel the power of secret magic!

The city of dwarfs is under siege once again. Hordes of enemies rove the ancient halls and hunger for magical ore! But the masters of the mountain are ready to stand up for themselves! The clever traps are loaded and the mages are chomping at the bit! Just say the word and the enemy will fall!

Gnumz 2: Arcane Power is the long-awaited sequel to a popular game in which strategy decides everything. Combine deadly traps and the arcane power of the elements, dig up riches and research technologies - put the invading army to flight!

Battle in the fiery halls of the Crucible and the dark and mysterious Shadow Frontier. Prove to the whole world that dwarfs aren't to be trifled with!